Police are negotiating with two remaining climate justice protesters perched on the mast of an oil ship docked in Timaru. 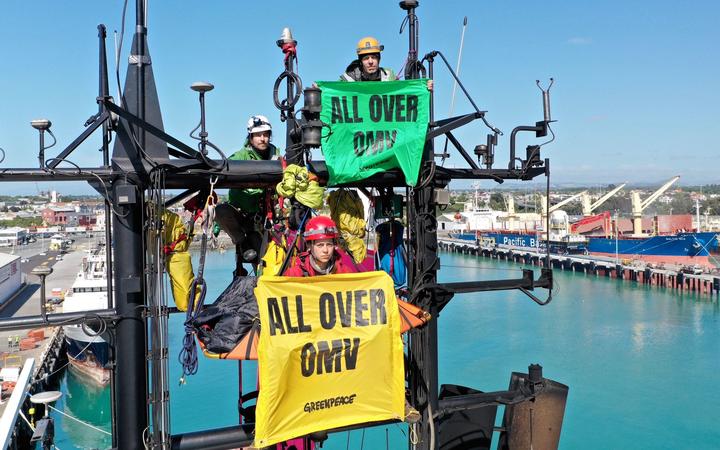 Protesters on board the Skandi Atlantic henchboat in Timaru. Photo: Supplied / Greenpeace

A crane has been used as police construct a platform to reach the activists.

Greenpeace campaigner Amanda Larsson said police were negotiating with the last of the activists on board the Skandi Atlantic.

Eight climate justice activists had spent a second night on the ship and had told Morning Report just hours before the police action that they intended to remain there for as long as it took.

The Skandi Atlantic, which is owned by Austrian corporate OMV, had been occupied since early Sunday.

Protester Rosemary Penwarden had said the protesters this morning were in good spirits despite being locked on to the ship. She said she was there for the long-term and because of the bigger picture.

"Here is an opportunity for me to directly, directly oppose one of the biggest climate destroyers we have, one of the 100 companies that's causing over 70 percent of our emissions since 1988." 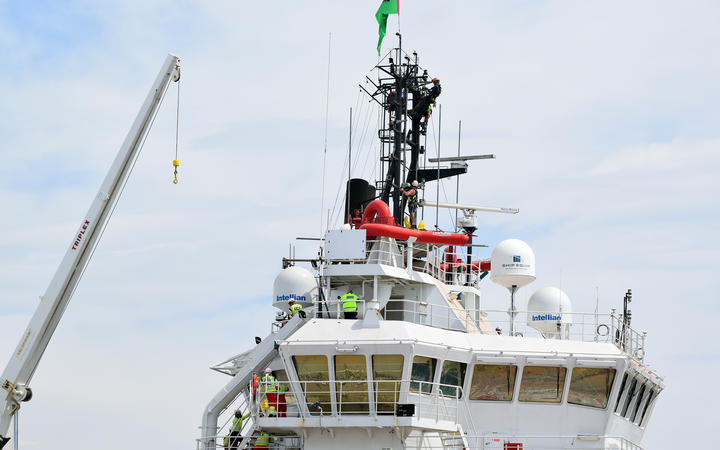 The activists had sought to stop OMV from drilling three oil wells in the Great South Basin off the Otago coast and the Taranaki coast next month.

Ms Penwarden said the protesters had good communication with the police but had not directly communicated with the boat's owners.

She said the protesters who left the boat yesterday were issued with trespass notices, but only once they had left the boat.

Greenpeace spokesperson Amanda Larsson said the protest had succeeded in drawing attention to what she called OMV's reckless drilling programme.

She said more protesters would be held in New Plymouth next week, where OMV has its Taranaki office, during a Climate Uprising event.

When the protest started OMV said the blockade was a dangerous action that put people at risk, and protesters were trespassing on a ship that was operating legally.