Auckland Transport says most services have returned to normal after an earlier network problem cancelled or delayed trains across the city.

Services on the Western line were disrupted after a truck hit the over bridge on Titirangi Road between Auckland's Margan Avenue and Great North Road. 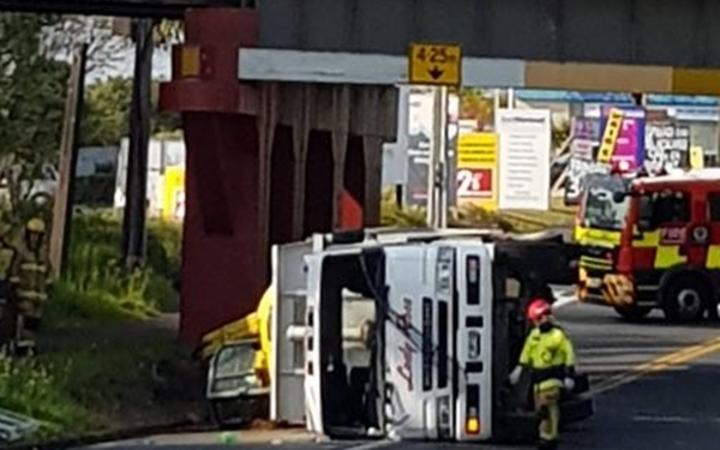 The truck hit the bridge just before 8.30am.

Auckland Transport had advised trains could not run over the bridge until it had been inspected.

It encouraged commuters to take buses instead.

"A rail shuttle is currently operating between Swanson and Henderson and vice versa, so customers can connect to scheduled bus services at Henderson," Auckland Transport said on Twitter.

Due to a truck hitting a rail over bridge near New Lynn, all trains are currently cancelled or delayed on the Western Line. Trains can not run over the bridge until it is inspected. Scheduled buses are accepting all train tickets and AT HOP cards. pic.twitter.com/leSViy8l8b