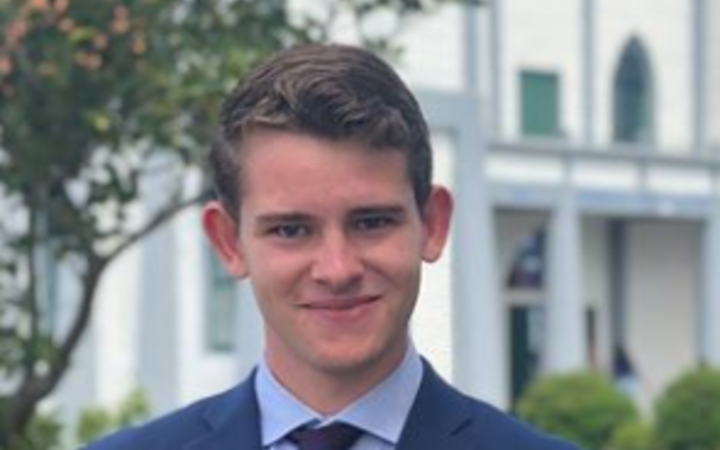 William Wood has just completed his final year of high school at Palmerston North Boys and will stand in his hometown in the 2020 election.

After he turns 18 in January, Mr Wood will re-sign his candidate nomination form.

He is head of his school's debating team and was selected as top debater for this year's Super Eight Schools Competition.

"I'm incredibly humbled and excited to be selected to run in my home electorate of Palmerston North, and I'd like to thank the local National members here for their support," Mr Wood said.

"Palmerston North is my home. The people here work hard, and expect the government to spend their tax dollars wisely.

"I'll be fighting hard to earn Palmerston North's trust and to ensure we don't waste another three years with a Labour-led Government."

Mr Wood's main rival is sitting Labour MP and Immigration Minister Iain Lees-Galloway, who has held the seat since 2008.