A giant oceanic manta ray washed up on a Northland beach on Thursday. 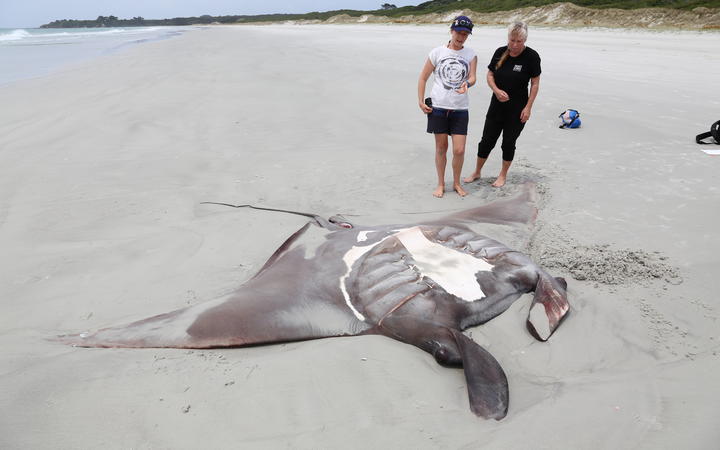 A Manta Ray that washed up on Rawara Beach in the Far North. Photo: Supplied

The sea creature is more than 4m wide and is estimated to weigh about 1.5 tonnes.

The Oceanic manta ray is the largest species of ray in the world and can grow to 7m in width.

Manta Watch science director Andrew Harvey said it was not known why it washed ashore, as there were no signs of injury or trauma, or that it ingested microplastics or anything else.

"It could just be old age."

He said it was the first time a manta ray had been known to wash up on a New Zealand beach.

Mr Harvey said it would allow scientists to study the creature and the impacts on the species.

"There are certainly scientific benefits in having a look at it to understand what could have potentially caused the animal to die and wash-up on the beach but it is important as well simply from understanding the population and distribution across New Zealand." 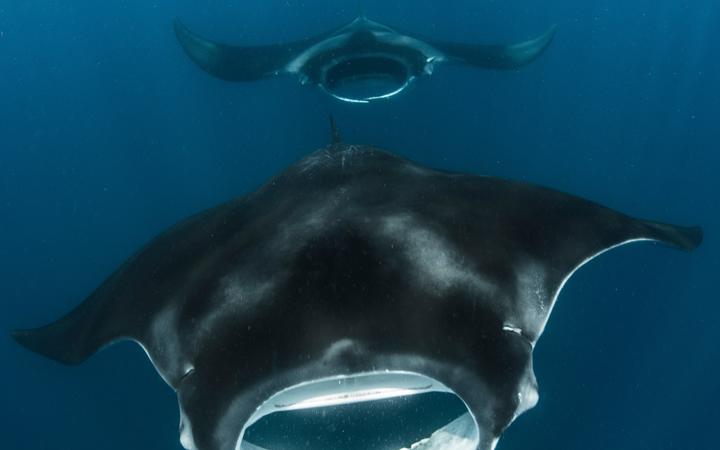 He said while there was a large number of manta rays in New Zealand waters they were considered vulnerable to extinction.

"They face a lot of threats around the world, predominantly over-fishing and harvesting for the Chinese medicine trade."

He said New Zealand was very fortunate to have thriving populations of manta rays in its waters and the New Zealand government had done a lot of good work looking after, preserving and protecting those populations.

"One of the primary feeders on marine zoo plankton, so indirectly having a role in global carbon cycles."

He said they were also important from a social point of view.

"It's quite an awesome experience to see a manta in the wild, in the water."

He said the Oceanic manta ray undertook a quite large migration across the ocean but at this time of the year they come into coastal waters around New Zealand for feeding and mating.

"They don't have any teeth to speak of and they do not have spine or any toxins, so the only real threat to swimmers is their large size.

"If you treat them with respect and caution they are a very intelligent animal with the largest brain to body ratio of any fish and they will respect you as much as you are respecting them."

Mr Harvey said every manta ray had a unique pattern of markings of its belly.

"Very much like a finger-print for humans, so by looking at the pattern of markings we can identify individuals and over time see where those individuals are moving."