Kawerau District Council's request for a parcel of Whakatāne land will be good for the entire Eastern Bay of Plenty, says Kawerau mayor Malcolm Campbell. 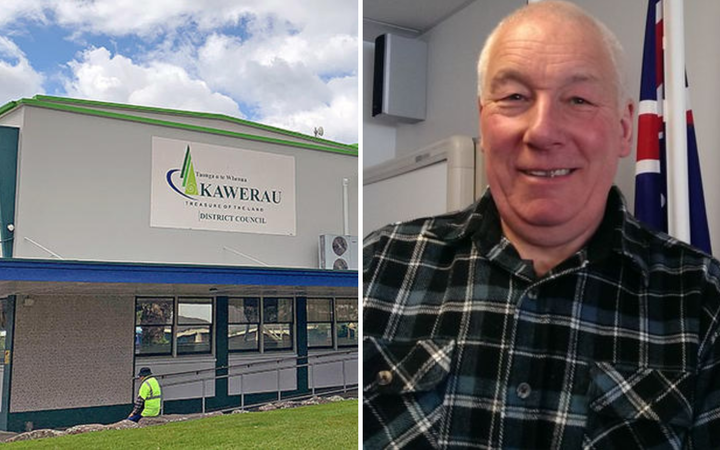 Mr Campbell, along with the council's chief executive officer Russell George, economic and development manager Glenn Sutton and deputy mayor Faylene Tunui, made a presentation to the Whakatāne District Council on Wednesday requesting 478 hectares of Whakatāne land be transferred to Kawerau.

The proposed boundary change would complement a 2011 change that enabled Kawerau to zone an additional 145 hectares of industrial land in the district.

The current proposal adds another 478 hectares to this zone to facilitate increased industrial development.

It also seeks to correct some anomalies from the original transfer, which saw Kawerau supplying water and wastewater services to property owners who were technically in the Whakatāne district.

"We would like to extend the boundary for the industrial park on Putauaki Trust land," said Mr Campbell.

"Some of this land has been earmarked already for development, one company in particular is looking at a sizeable chunk."

The land the companies would like to build on is not zoned for industrial use in the Whakatāne district but would be if it were transferred to Kawerau.

"Kawerau, Whakatāne and Ōpōtiki councils are all looking at what is not just best for them, but what is also best for the Eastern Bay," said Mr Campbell.

"This increased industrial development is good for the entire Eastern Bay. We three mayors would like to provide more jobs and bring down the unemployment rate in the Eastern Bay, which is good for all."

Mr Campbell said the increased industrial development would bring with it some challenges such as a lack of available housing for staff, but he was ready to meet those challenges.

"If we have people who are unemployed you will have a whole lot of social issues, but if you have a job you can make a good living and bring up your whānau," he said.

"There will be challenges but give me those challenges any day. I would rather have growing pains than dying pains."

Mr Campbell said there were also three parcels of Māori-trust-owned land that had always been a part of Kawerau but were "over the border", including land next to Ngāti Tūwharetoa ki Kawerau's Tohia o te Rangi Marae, which is planned for papakāinga housing, and Ngāti Tūwharetoa's Tui Glen Station, which has the Kawerau-Whakatāne district boundary running through the middle of it.

Mr Campbell said the proposal would tidy up these anomalies.

In the meeting on Wednesday, Mr George said the proposed changes promoted good local government by allowing a single territorial authority to provide and charge for all local infrastructure, services and regulatory functions in the three affected areas.

He said this was the most cost-effective option for all the entities involved in developing or utilising the land and cut out unnecessary council bureaucracy.

Whakatāne councillor Lesley Immink asked how the proposed change would affect each council's rates, but Mr George was unable to give a definitive answer.

Whakatāne councillor Gavin Dennis noted that the Tasman Pulp and Paper Mill's ponds were in the Whakatāne district while the mill itself was in the Kawerau district and asked if the proposed changes would amend that.

Mr Campbell said it would.

Whakatāne mayor Judy Turner said her council was very supportive of economic initiatives being progressed across the Eastern Bay.

"Alongside our own Whakatāne Regeneration Programme, we are excited about the opportunities that Kawerau is currently progressing and the outcomes these could have for the region," she said.

"Our economies are very much interrelated and we want to support each other's aspirations where we can."

Whakatāne council staff will now prepare a report on the boundary change to present to councillors at the next council meeting.

If approved the change could be finalised in a matter of months.

Kawerau was founded in 1953 as a mill town for the Tasman Pulp and Paper Company in what was formerly referred to as Onepu. The Whakatāne County Council at the time declined to take over control of the town due to concerns it would put excessive demands on its resources and so Kawerau town became the smallest district council in the country.