Breastfeeding has officially been banned in council-run pools in Wellington after a mother was told to step out of a pool at the Wellington Regional Aquatic Centre because she was breastfeeding her son. 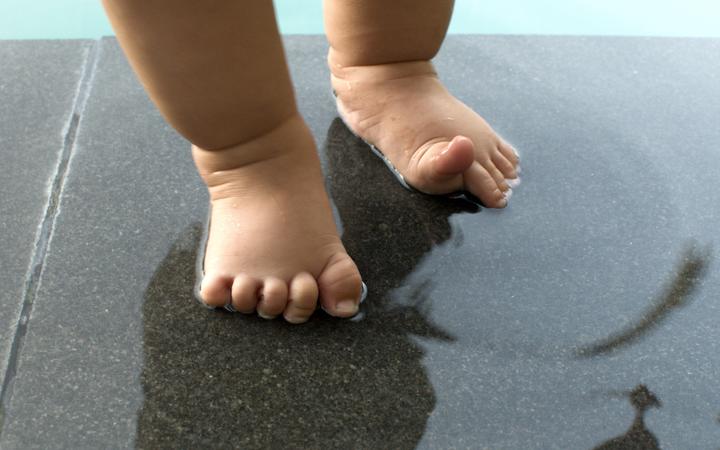 The Wellington City Council said breastfeeding while in the water posed a risk of contamination.

Rebecca Robertson was breastfeeding her 20-month-old son in the shallows of the Kilbirnie pool in May.

Ironically, at the time she was speaking to an American visitor talking about how great New Zealand was because you could breastfeed anywhere, she said.

But to her surprise, she was asked to leave the pool.

"I thought we'd gone way, way, way beyond policing where women breastfeed, to be honest.

"So I'm quite taken aback and then when I asked to look at the policy it was under the food and beverage policy, which to be honest, made me smile a little bit.

"I thought this is not really stacking up," she said.

Ms Robertson said she was bemused that her experience kick-tarted a reevaluation of the breastfeeding policy with pages of emails between council staffers discussing the change.

The council was concerned about the risk of contamination, but it was more about attitudes, she said.

"Their issue actually seems to be the act of breastfeeding, it seems to be fine to breastfeed outside the pool and then get straight in the pool where baby could potentially spill.

"There is something with them about the act of breastfeeding in the pool," Ms Robertson said.

Councillor Fleur Fitzsimons agreed and said the council needed to be working to make Wellington supportive of breastfeeding parents, not making things harder for mums.

"I don't think that it presents the public health and safety risk that the council considers it does and I think that further work is needed to understand the science of whether breast milk in a swimming pool really is that major of a problem".

Ms Fitzsimons said she would be pushing for the science to be looked at before a policy review in 2020.

She also said the city was also woefully lacking in parenting spaces.

But Jane Cartwright from the Breastfeeding Alliance said she could understand the reasons for the council's decision.

"We appreciate that they may not want to have mothers breastfeeding in the water just as I don't like having people eating food or drinking food and the water," she said.

La Leche League national co-ordinator Janine Pinkham said the contamination issue would not only apply to mothers who were actually breastfeeding in the pool.

"Anyone who's breastfeeding shouldn't really be allowed to go in the pool if they're worried about contamination due to breast milk, which would be ridiculous".

She said it was a disappointing decision and only put more barriers up for mothers.

"Nobody wants to breastfeed in the pool in full view of everyone, I'm sure, but they've made their decision because it's the best thing for them and the baby and the whole family at the time," she said.

Best or not, suckling and splashing is out for babies at council pools in Wellington until at least January, when the policy will be reviewed.