More than 2000 children and teenagers with severe allergies will be able to get free EpiPen injectors from today. 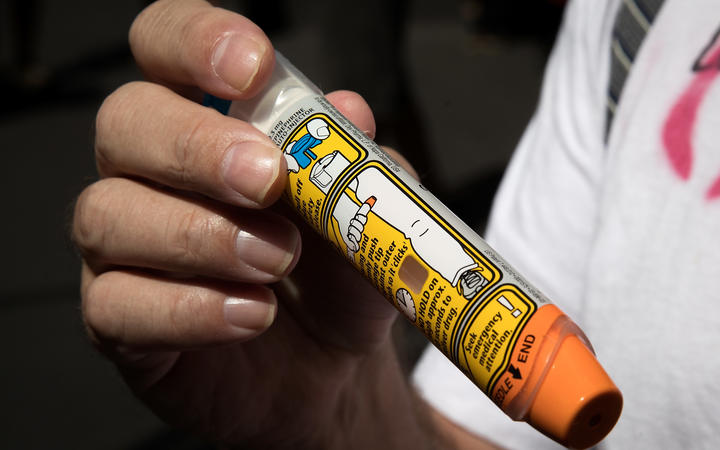 They'll be funded by the FundaPen project, a collaboration between advocacy group Allergy New Zealand and Pub Charity.

Allergy New Zealand chief executive Mark Dixon said the new project was designed to provide some relief to struggling families, with EpiPens costing between $120 to $350.

He said the auto-injectors would be given through family doctors to those between the ages of two and 18 who are Māori, Pasifika, live in a low socio economic area or whose family is on a low income.

"We're taking this initiative really to highlight the dire need that is out there for this life-saving medicine. It allows us to distribute approximately 2500 EpiPens to families throughout New Zealand," Mr Dixon said.

Mr Dixon said his group had been lobbying the government's drug buyer, Pharmac, to fund EpiPens for 15 years and would continue to do so.

"We continue to hope that EpiPens will eventually be publicly funded, as they are in Australia," he said.

Mr Dixon said they would be looking at other funding opportunities, including setting up a Givealittle page, to buy more EpiPens for families in need.

Martin Cheer, chief executive of Pub Charity which donated $300,000 to the initiative, said the charity was delighted to support the initiative and "help young people with severe allergies to have the life-saving medication they need".

Auckland mum Miranda Munn's 16-year-old daughter Alanah qualified for a free EpiPen and will receive one this year.

"Like anyone who's on a limited income. It's a struggle sometimes to cover all of those basics. If you have a child who has anaphylaxis, it's not optional to not have an EpiPen. I'm just really grateful for Allergy New Zealand and Pub Charity for their support," she said.

"I really think anyone who's been diagnosed with a life-threatening allergy in New Zealand should have access to, preferably, a Pharmac or government-funded EpiPen. It's great that we've got this option now."

Pharmac operations director Lisa Williams said in a statement that the organisation was unable to fund the EpiPen brand of adrenaline auto-injector because of a limited budget.

"A funding application for an adrenaline auto-injector has been assessed by Pharmac and compared with all other medicines investment options," she said.

"Pharmac currently funds adrenaline in an ampoule that can be used with a needle and syringe. The ampoules cost about $1 each. Auto-injectors, like the EpiPen, can be more than 100 times more expensive while containing the same active ingredient."

Ms Williams said only the EpiPen brand of adrenaline auto-injector is currently registered in the country and that's why the supplier, Mylan, is able to set a high price.

"Pharmac continues to be in close contact with all potential suppliers to try to reach an agreement on a price that would allow a registered adrenaline auto-injector to be funded," she said.