An Auckland mother has launched a petition calling on the government to fund EpiPens, which she says many families can't afford.

The auto-injectors contain adrenaline and are self-administered when someone is suffering an anaphylactic shock.

Despite New Zealand having some of the highest rates of allergic diseases in the world, auto-injectors aren't funded. 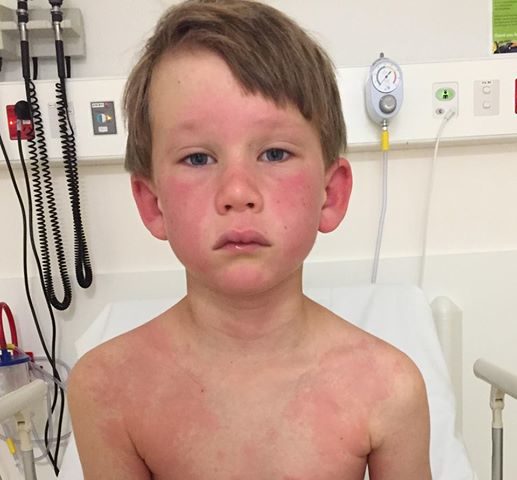 Victoria Johnston said after her 8-year-old son James suffered an anaphylactic shock, she launched the petition.

"There's two things that happen, not just swelling. You then have breathing difficulty and then your blood pressure has to drop which is what happened in the ambulance [when James suffered an anaphylactic shock] they gave him the adrenaline via a needle in the ambulance before they took off."

They later found out through an allergen prick-test that it was a wasp sting he was allergic to, she said.

"Now we are having to carry an auto-injector everywhere we go. Two preferably because one might not work."

Ms Johnston has gained 1400 signatures on her petition to get EpiPens to be funded, and hoped for thousands more.

She said the EpiPens were not affordable, costing about $170 at local pharmacies and about $100 from online.

"That came as quite a big shock to us because we didn't realise they weren't funded in New Zealand. It just made me think all those people that can't afford them," she said.

"This is life or death. No one asks for this to happen to themselves. It's just one of those awful things, it came out of the blue."

There were other auto-injector options but New Zealand did not have access to those, she said.

Pharmac director of operations Lisa Williams said in a statement that Pharmac funds adrenaline ampoules, which cost about $1 each and contain the same active ingredient as EpiPens.

Pharmac worked within a fixed budget, which meant it had to make difficult choices about the use of funding to obtain the best health outcomes for all New Zealanders, she said. 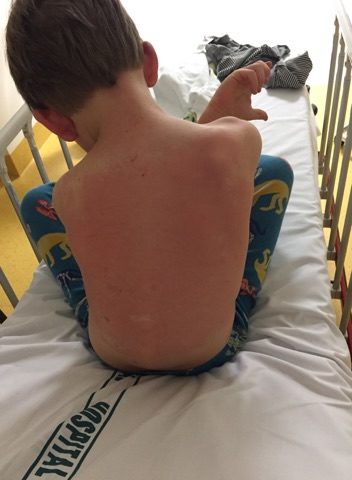 James was in hospital after his severe reaction to a wasp sting. Photo: Supplied

The company was not convinced, at this time, that funding auto-injectors would be the next best spend of its budget.

Ms Johnston said on top of the costs, administering an injection for anaphylactic shock was no easy matter, let alone for those who had to do it themselves.

"It's still a frightening prospect to administer a needle from a glass ampoule with a prep dosage," Ms Johnston said.

"In my case, I can look out for James, but other people they have to do this themselves ... and they are unable to because they are going through a anaphylactic reaction."

She said she was trained twice to administer when required via an ampoule, syringe and needle, which she has on hand for home-schooled James.

But children that go to school could not take ampoules and needles, and instead had to provide EpiPens for schools to administer, she said.

"It must be just a frightening thought, sending the child off everyday as well for someone else to look after," she said. 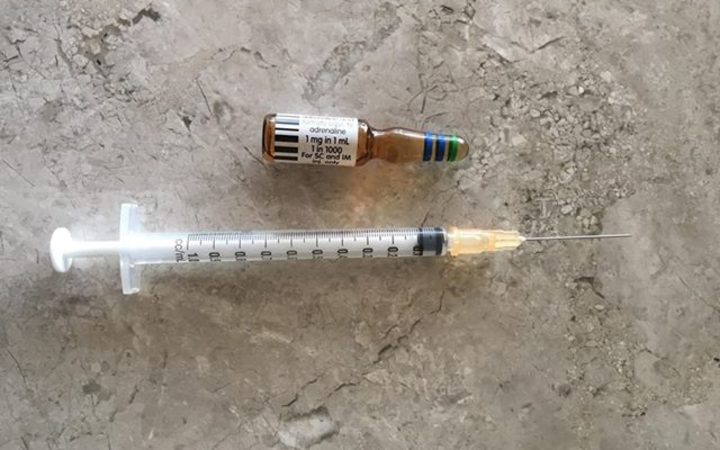 Victoria Johnston has a needle and ampoule on hand at home for James. Photo: Supplied 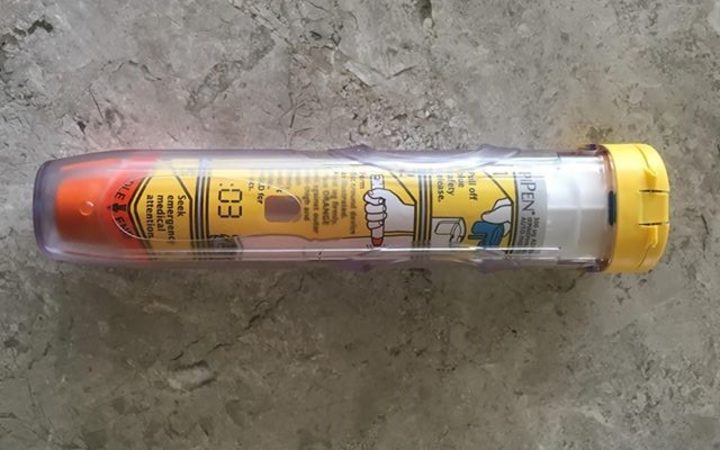