The police have set an ambitious new goal to reduce the rate of re-offending among Māori by 25 percent in the next five years. 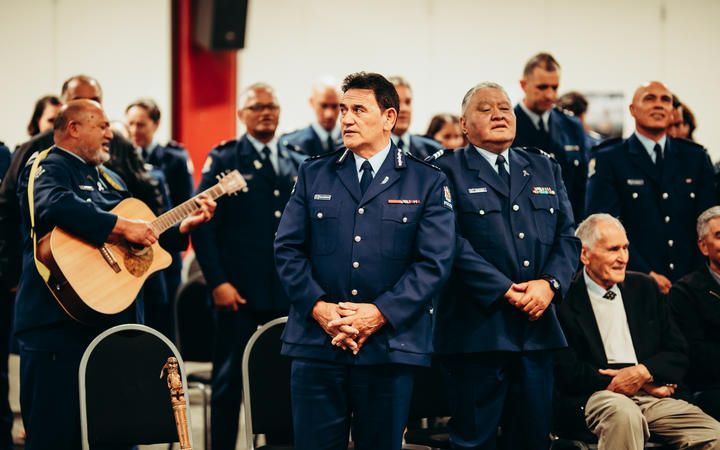 It's one of many targets set out in their new Māori strategy - Te Huringa o Te Tai - launched at Pipitea Marae in Wellington last night.

Māori make up 51 percent of the prison population, 66 percent of the number of young people arrested, and more than half of those warned or charged following police pursuits.

Police say they want to do their bit to stem those numbers.

He said slashing the Māori re-offending rate by a quarter by 2025 was ambitious, but possible.

"If we focus on the 25 percent we will achieve right across the board. Already, we have reduced re-offending by five percent, which is a great success story," he said.

"In terms of prosecutions, we achieved a result of 34 percent, which is the biggest reduction is a long, long time."

These allow low-level offenders to by-pass court and instead appear at marae-based hearings where kaumātua and community members work with them to fix the underlying problems, which led to the crime.

The programme is already claiming success with an 11 per cent drop last year in reoffending among Māori aged 17 to 24.

Mr Haumaha said police would roll out iwi panels in more areas, and seek alternative ways to keep Māori out of prison.

"A lot of our staff will be referring our youth offenders through to our panels and look at working with them in a totally different way.

"The second part of that is how the police then deliver a service to make a difference, other than seeing arrest as our first option, looking at how we could do things differently by working with our Māori providers and looking at how we change their behaviours and turn their lives around." 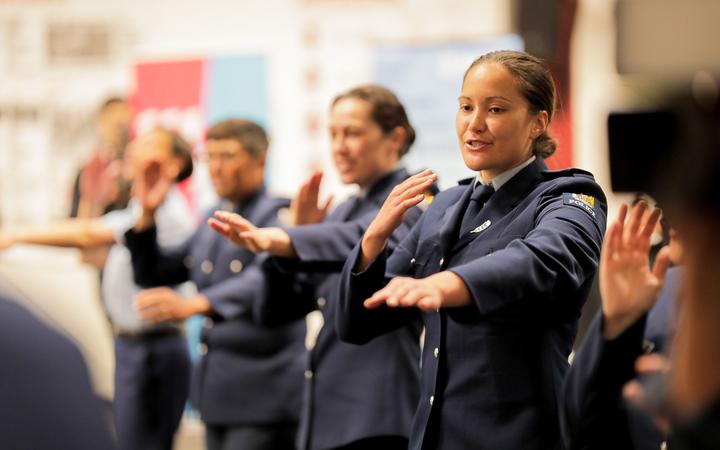 Part of the strategy looks at how the police can eliminate individual and systemic bias within the organisation. Photo: Dom Thomas

Part of the strategy looks at how police can eliminate individual and systemic bias within the organisation.

Police will continue cultural training programmes to strengthen their understanding of te ao Māori, and ensure Māori staff are visible at all levels.

"Our data tells us that there is a bias in policing, and we've got to remove that bias, so where we police and how we police," he said.

"We've got to accept that there is a bias in policing and only by acknowledging and removing that bias will we make a difference at that's a key difference for all of us."

"I wish we could do this quicker but actually it's a big change in direction so it would be nice to do it a lot quicker but we're realistic about that target.

"We are five percent into that target, we're really determined to get to that 25 but it takes a lot of moving parts to come to together."

Iwi leader Rahui Papa of Waikato-Tainui was at the launch and said he was optimistic a day would come soon when Māori were no longer pulled over in a car simply because police were suspicious they had done something wrong.

"I think that day is coming, and quite soon. It's different if your brake lights don't work, but just because you're Māori sitting in a Porsche or a Maserati doesn't mean they have the right to pull you over."

Dame Iritana Tawhiwhirangi, who sits on a Māori advisory committee for the police, said reducing the rate of offending, re-offending and victimisation among Māori was not going to be achieved by police alone.

"This is a major step forward for police, and they're really trying hard."

She said Māori and police had fought against each other for too long - and now it's time to work together to create a fairer justice system for everyone.

This is the second strategy police have launched to improve their relationship with Māori.

Wally Haumaha said the last one - set up in 2012 - achieved a 35 percent drop in the number of prosecutions in the youth court.