A man who has become an international disability rights activist was treated "like a slave" in care and learned he was "nobody", he told a Royal Commission hearing. 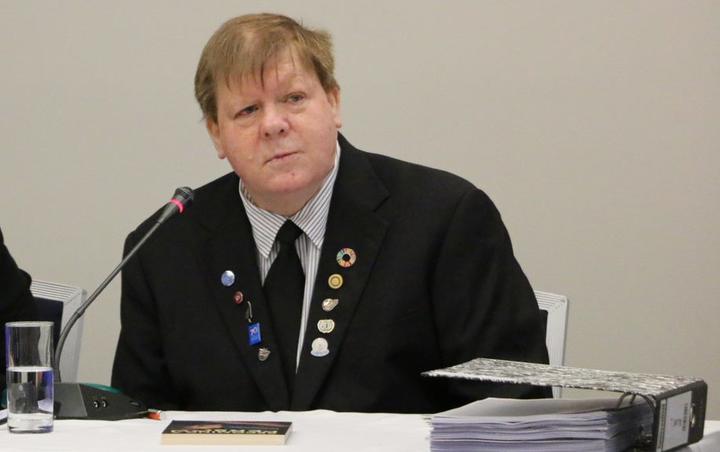 Robert Martin is the first person with a learning disability to be elected to a UN Committee for the Rights of Persons with Disabilities. Photo: RNZ / Katie Scotcher

Robert Martin is the first person with a learning disability to be elected to a UN Committee for the Rights of Persons with Disabilities.

Mr Martin was born in 1957 and was brain-damaged at birth by a doctor using forceps. He was put into care at the age of 18 months.

In the years to follow he was in and out of institutional care.

All he wanted as a child was to picked up, cuddled and loved, but it never happened, he told inquiry into abuse in state and faith-based care in Auckland on Tuesday

Mr Martin said he, like many other children, were locked away from the community, when all they wanted was to be with their families.

"As a toddler in Kimberly I was fed and changed and taken care of but I do not remember being picked up, loved or cuddled because there were so many of us and we were just a number."

He said he did not experience what other children did.

"I didn't go to birthday parties, feed the ducks or visit the zoo. We were locked away from the community. It was lonely.

"There were hundreds of people around me but as a little boy I didn't know another human being, but not properly anyway."

He was first returned home at the age of 7, but things did not work out, he said.

" I was told I was mentally handicapped, dumb, thick as a plank of wood and would always need other people to do things for me.

He was eventually made a ward of the state and went back into institutional care.

Mr Martin said in foster care he was treated like a slave and punished many times.

"I would get the jug cord, at night I was wetting the bed and to punish me they made me kneel on a wood pile for hours. That was torture."

He said he ran away but Social Welfare just brought him back.

Mr Martin said that when he was in the Kimberley Centre in Levin, the children with disabilities were not treated as real people.

"You were not given your own clothes, we had to share a pool of clothes and grab what we could get. We never had our own underwear."

He said those in charge did not let them just be kids.

"We were colour-coded into groups and we had stars and labels and categories and we all had the same bowl haircuts on the same day."

Mr Martin said he was sexually abused from a young age and often beaten and witnessed it happening to others.

He said people were denied their human rights and basically denied a proper life.

"I personally had nothing and no one. I learnt that I was nobody and my life didn't really matter.

Mr Martin said the abuse in care had had a life-long impact on him.