The Royal Commission investigating abuse in care has heard a former gang member lost the ability to love because of the time he spent as a child of the state. 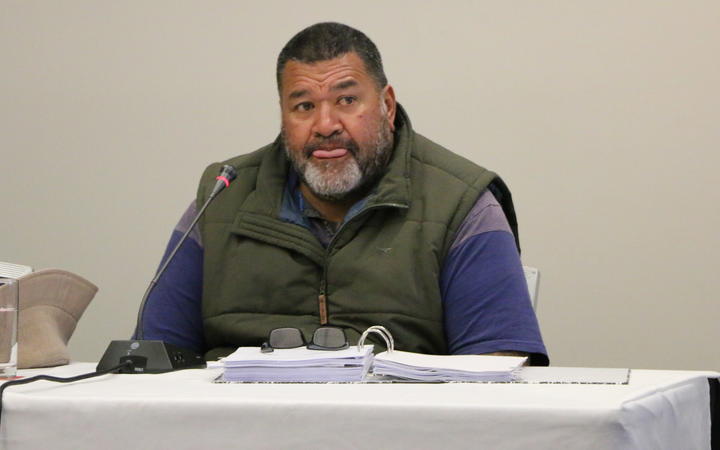 The inquiry into abuse in state and faith-based care has entered the second week of its hearing in Auckland, where abuse survivors, their advocates and researchers are giving evidence.

To establish a better life for their family, Fa'afete Taito's parents moved to New Zealand from Samoa in the 1950s. Mr Taito was born a few years later and grew up in the Auckland suburb of Grey Lynn.

He remembers church being a major part of his upbringing - but so was violence at the hands of his father.

"I used to get disciplined quite a bit. It went on for a few years and as you get older you get naughtier I guess and your hidings get worse.

"So by the time I got to about 12 or 13 I knew what was coming, so I'd start running away from home and just running away and staying away. I guess that's where I came into contact with social welfare."

Fa'afete Taito told the social welfare officers he was being abused by his father and didn't want to return home but they didn't believe him. He continued to run away until he was placed in a foster home.

But his time there didn't last long. After getting in trouble with the police he was taken to Ōwairaka Boys' Home in Auckland.

"I kept telling the house master I wanted to go back to my mother's. He said 'nah, shut up. You're a f****ng ward of the state now and you're coming back with us to Ōwairaka Boys' Home' and I was like, 'oh, what? What's that?' I didn't even know where that was."

Mr Taito told the inquiry there was a lot of physical violence at the home and its staff, who were all Pākehā, were racist.

After more time at Ōwairaka and further interaction with the police, Mr Taito was placed at a halfway home.

He was surrounded by gang members who, he said, intrigued him. But it wasn't until an extremely violent stint at the borstal in Waikeria that he became a fully-patched King Cobra member at 16 years old.

"Yeah, I was well and truly immersed in that life and to be fair it was the only life I know."

Mr Taito was immersed in that world for decades, collecting convictions and drug addictions along the way.

But in 2009, after serving a sentence for methamphetamine-related charges, he realised something had to change.

Fa'afete Taito told the inquiry that with the help of his partner, he stopped taking meth and has since earned a degree in sociology and Māori.

In the years since, he said the effect of his interactions with the welfare and justice systems had become clear.

Mr Taito fears Pacific voices will be lost in this Royal Commission.

"The reason why our people won't come to these sort of hearings like this is because it's the mana of our parents at stake, it's the shame associated with this and I even feel bad about having to talk about my parents like that.

"But, you know, I'm hoping our voices will get heard amongst all this and you will do justice to our stories."

People in the Pacific respect the New Zealand government and that could stop some survivors from sharing their stories, he said.

As Fa'afete Taito finished giving his evidence, he received a standing ovation from people sitting in the public gallery, while others were openly crying.

The hearing will resume in Auckland for its sixth day this morning.