Two statues taken from the Carmelite Monastery in Auckland yesterday have been found. 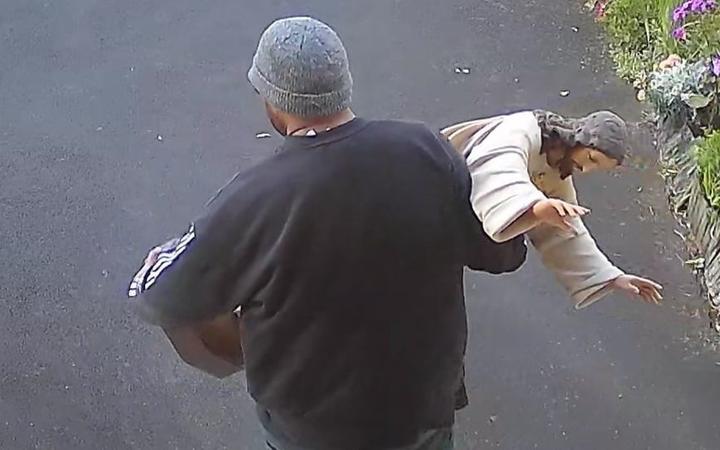 A CCTV image of the Sacred Heart statue being removed from the Carmelite Monastery. Photo: Supplied / Facebook

Two people were seen on CCTV entering the chapel in Royal Oak and taking a 79-year-old Sacred Heart of Jesus statue, and a Little Infant of Prague statue.

The statues were recovered by police this afternoon.

The thefts happened shortly before 7am before morning prayer was due to begin.

About a dozen nuns live in seclusion at the monastery, where they have taken a vow of silence.

People in the monastery community circulated CCTV photos of the thieves and asked anyone with information to come forward.

Johanna Keil-Penn, who helps out at the monastery, said the Little Infant of Prague statue, taken from the back corner of the chapel, was a beautiful replica of a world-famous, 16th-century statue.

The 79-year-old Jesus statue, which sat in a small alcove near the entrance, was well known to the monastery community.

"Many people find great comfort in that statue," she said.

"It's the first statue they see when they come through the door ... and the significance is that it represents our Lord, just how you would have a picture of your loved ones."

She said people prayed to the Little Infant of Prague statue for help with financial matters and their jobs.

"The value of these statues really is not about the money. But if they're selling it for money it's not worth much.

"For us, it will mean a lot to have it back because it is historical to our monastery, it's been here since 1940," she said.

She said this was the second theft of its kind in less than two months.

On 23 September, two women targeted a religious shop on the premises, taking about $250 worth of items.

Ms Keil-Penn believed the thefts could be linked, as the people who entered the monastery yesterday appeared to know what they were doing.

"The guy just walked in while the woman looked around," she said.

Police said they were continuing to make enquiries.