Korean mental health workers are calling for more resources in their communities in New Zealand, especially when the cultural norm is to turn to alcohol instead of counselling. 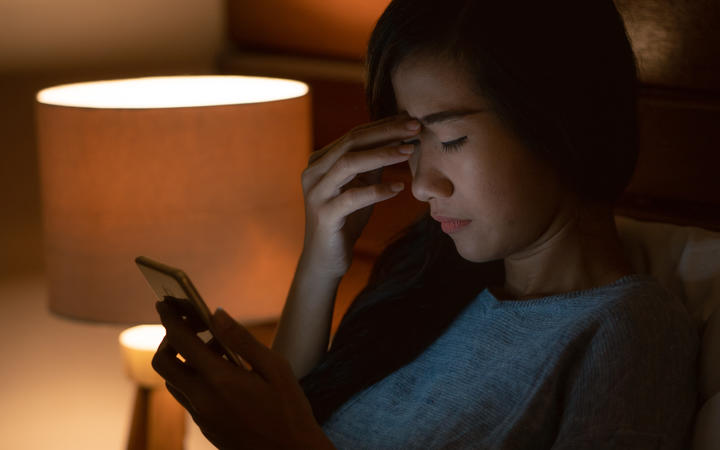 South Korea has the highest suicide rate for OECD countries and locals who work in mental health here say those mindsets, combined with the unique struggles of immigration paint a grim picture for Koreans in New Zealand.

At 15 years old, Amanda was diagnosed with depression and anxiety and put on medication.

Instead of supporting her, her Korean family did not accept she had a problem.

Judgement about her mental health issues continued into Amanda's adult life, so much so that she has asked RNZ not to use her real name for fear of backlash from her family.

"That process with my family was really difficult, it wasn't something that they understood and the Korean community around me couldn't fathom the fact that I had been diagnosed and I was on medication for a mental illness," she said.

Amanda said her story was the norm for Koreans struggling with their mental health.

There are about 30,000 people from the ethnic group living in New Zealand, and two-thirds of them are in Auckland.

Consultant psychiatrist, Aram Kim, who has 15 years' experience working in mental health, said it was a tight-knit community and that had consequences.

"There's always a sort of fear of your confidentiality being breached and ... [there's] cultural value around face-saving and the stigma around mental health and misunderstanding and myths about mental health and diagnosis," he said.

That fear could often lead to other forms of self-medication to deal with depression.

In a recent report from the Suicide Mortality Review Committee, it said although South Korea had significant issues with poor mental health, it also has the lowest rate of antidepressant use in OECD countries.

It said about 40 percent of those who attempted suicide in South Korea did so while intoxicated.

Amanda, who now works in the mental health sector herself, said drinking alcohol easily became a way to deal with mental health in Korean culture.

"To get intoxicated after work every day - that is a completely socially acceptable thing. So if I stood back and looked at that I would clearly say that person is self-medicating because of the stress of their job or of because of family breakdown [ecetera]," she said.

"That culture has very much been carried through to New Zealand."

Dr Kim wanted to see more clinical support that was directly geared towards Koreans and other asian groups.

He said there were clear differences in the way they sought support.

"Because the mainstream services are geared towards more of a Western model and an individual approach, families find it quite difficult when they approach services to highlight the importance of the whole family being involved," he said.

"This is actually a large group and it's going to get bigger so it's important to try and think about putting things in place now or what needs to be put in place," he said.

Amanda hoped it was making an impact, but she said changing cultural norms was easier said than done.

"I've seen the video count (on Korea Post) and I know that there have been thousands and thousands of people who have actually watched it, but the fact that I'm yet to hear a real person talk to me about it that's just another reflection of what the perception towards mental health really is," she said.

Health Minister David Clarke and the Ministry of Health have been approached for comment.