The country's rarest bird has produced the first egg of the breeding season. 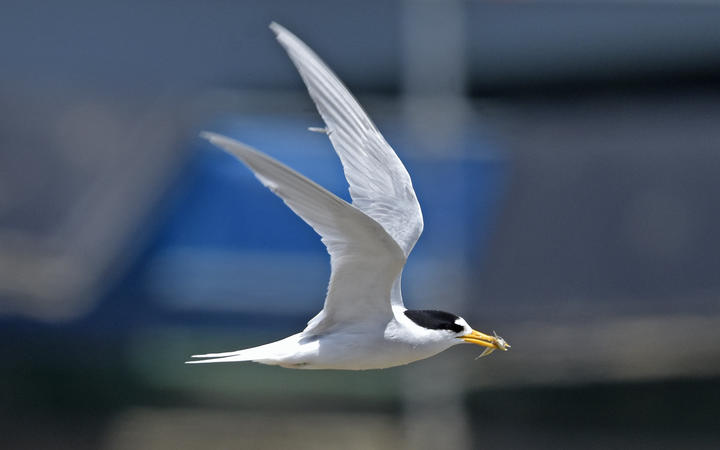 The New Zealand fairy tern, or tara iti, is critically endangered and despite intensive management has teetered on the brink of extinction since the 1970s.

There are fewer than 40 birds but now a pair - "Mr and Mrs Red" - have laid their first egg of the season in Waipū, north of Auckland.

They're taking turns sitting on the egg for about an hour at a time and will do this 24/7 until their chick hatches.

The bird is vulnerable to predators, cars, dogs and people, and also stormy weather and high tides.

Department of Conservation (DOC) rangers and volunteers have been trapping for predators and fencing off nesting sites since last month.

DOC fair tern team ranger Ayla Wiles said the nest was in a relatively safe location away from potential high tides and the pair were proven "good' parents, having raised and fledged chicks in the past years.

"We are hopeful this nest - and more nests to come - will be successful, and the chicks will fledge sometime in the new year," she said.

She said two chicks fledged last year, and this year they were hoping for more.

"It's looking quite good this season because we've got a couple of new young females into the population which could mean more nests than last year, so we're feeling cautiously optimistic."

Once widespread around the North Island and on the eastern South Island, the bird now breeds at only four main nesting sites, found at Papakanui Spit, Pakiri Beach and Waipū and Mangawhai sandspits.

People are asked to stay out of fenced areas, follow dog and car bylaws and remove bait and rubbish to deter predators.