Drilling of the seabed in and around Port Nelson is due to begin today, in preparation for the port to handle larger ships. 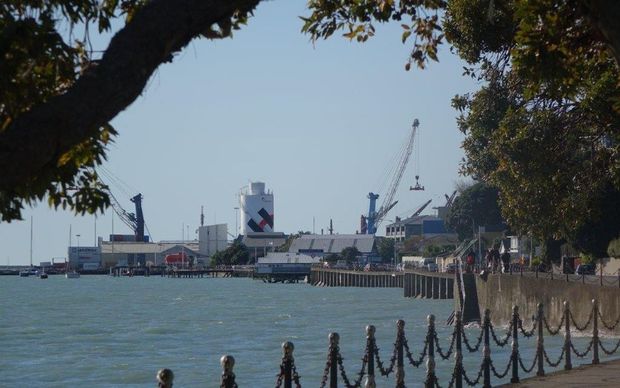 The port said contractors will be undertaking drilling investigations for geotechnical purposes, at the port's entrance known as The Cut, and inside the harbour to the port's northern wharves.

The port company's environmental officer said the explorative drilling will investigate to a depth of 10 metres, and aimed to provide analysis of the seabed composition.

Kelly Leonard said it was needed before the company planned to dredge areas of the shipping channel, and before work began to extend the port's main wharf.

Over the last three years the number of containers handled at Port Nelson has grown by over 25 percent, the amount of vessel visits has risen by 7.5 percent, and the size of the ships calling had increased too.

The works proposed would include giving vessels a simpler line of approach, as well as increasing the scope for turning vessels inside the lee of Haulashore Island, which offered some protection from the wind, rather than turning them in the area near the wharf, called the "swing basin".

"In keeping with having the ability to accommodate bigger ships, and tying-in with the purchase of the new tug and redevelopment of Main Wharf North, concepts are now also being drawn up to create a more ideal approach and access to the port," Ms Leonard said in the port company's newsletter RePort.

She said the port was currently limited in its capacity to safely bring in larger vessels, and in order to accommodate the requests of shipping lines already calling at Nelson, the port company was currently doing initial scoping ahead of applying for resource consent to do the dredging.

The work that started today was being done by a drill rig attached to a barge, and was expected to operate for up to two weeks, subject to weather conditions

Ms Leonard said if the consent was granted the proposed work would be beneath high water, so there would be no visible changes. That included the areas adjacent to the Boulder Bank and Haulashore Island.

The port entrance known as The Cut separated the naturally formed Boulder Bank from Haulashore Island. The Cut was artificially created in the early 1900s as a shipping channel. It was originally 61 metres wide, and is now 150 metres wide and dredged every six months to maintain a 10-metre depth.

Ms Leonard said the reality was that larger ships were now coming to New Zealand, and Nelson would be limited in its ability to export produce if it was restricted to receiving on smaller ships.

"That adds time and costs for our regional exporters to then have their produce moved to larger vessels elsewhere, so it's important we continue to serve the region as best we can and don't get left behind."