Wellington ferry operator East by West has been handed a hefty fine after a grounding injured passengers and caused significant damage to the boat. 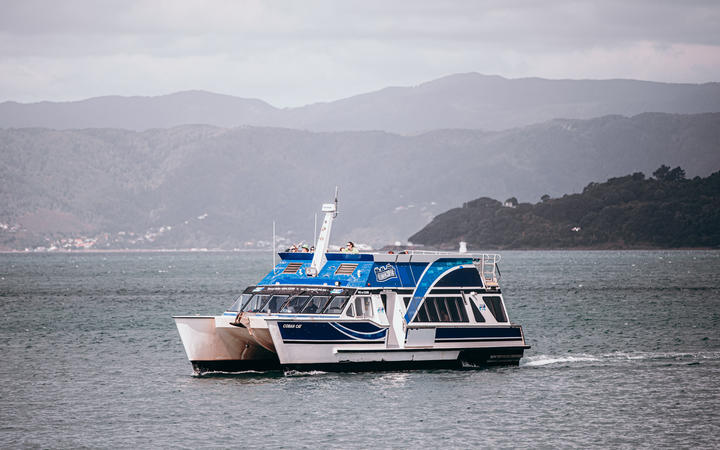 The City Cat vessel was travelling close to a rocky shoreline at Karaka Bay when it grounded on a rock in April 2017.

The ferry was in a 5 knot area but was travelling at 17 knots when it grounded, jolting passengers off their seats and leaving some with minor injuries.

During an investigation, the company's skippers were found to have been regularly breaching maritime rules by exceeding safe speeds close to land.

Maritime New Zealand said the speeding continued for 12 months after the accident.

East by West pleaded guilty to two health and safety charges for failing to ensure the safety of workers, passengers and others and was yesterday fined $380,000 in the Wellington District Court.

In a statement to RNZ, East by West confirmed that the ferry went too close to shore "causing the vessel to briefly touch bottom".

It said the skipper was stood down while the company carried out its own investigation into the incident assisted by external experts.

"As a consequence of this review East by West have made substantial changes to their oversight of the operations of the vessels and have put in place robust procedures to monitor the speed of the vessels and their proximity to shore."

East by West said it had implemented changes to its daily operating procedures to ensure the safety of passengers and crew, as well as other water users.

The skipper of the City Cat pleaded guilty to a charge under the Maritime Transport Act, for operating a ship in a manner causing unnecessary danger or risk to other people.

The skipper was convicted and fined $1688 in November last year.