A police officer who ordered his dog to bite a man on the foot has been cleared of wrongdoing by the Independent Police Conduct Authority. 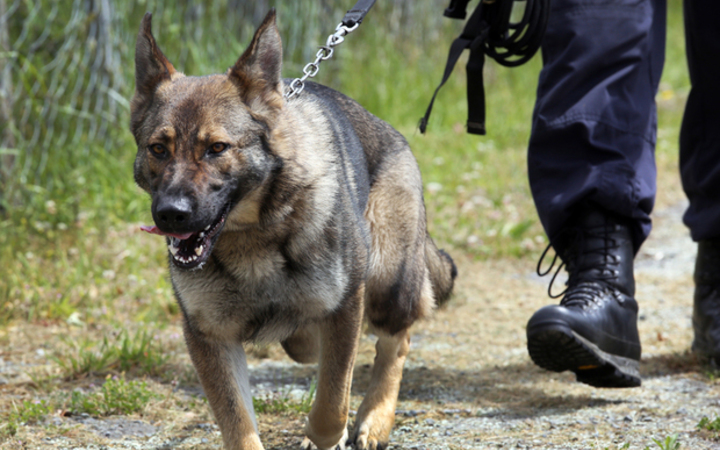 Officers were detaining the man who had a history of violent offending, including using a blood-filled syringe to attack a police officer.

The man was wanted for arrest over a serious assault.

In August 2018, the police set up cordons outside an Upper Hutt pharmacy where the man was picking up a prescription.

He fled from the police and ran into an underground carpark, where he was cornered.

During a struggle, he fell to the ground with two officers holding his arms as they tried to handcuff him.

A police dog handler, who knew of the man's previous criminal history, arrived on the scene.

He saw the man's hands were underneath him and feared he would possibly use a weapon, such as a blood-contaminated needle, on the two officers.

The dog handler then instructed his dog to bite the man on the foot, and the officers handcuffed the man.

Police called an ambulance, but it was going to be delayed, so they took him directly to hospital for treatment for his seriously injured foot.

The complainant told the Independent Police Conduct Authority (IPCA) he was upset by the way the police handled the situation because there was "no attempt to achieve a nice arrest".

He said he stopped running, turned around, put his hands in the air and said, "I give up".

Then, he said, "I was grabbed immediately... Both of them grabbed each side of me ... a different side of me… They ran at me and grabbed me... I felt like a piece of spaghetti being pulled around … saying 'don't resist' and pulling me down as it was happening."

There was no justification for setting the dog on him, he said.

"I was on the ground on my stomach with my hands behind my back. I was detained... My face is on the concrete… There was no reason they needed to use that dog… I had my arms behind my back and pressure put on my back so I couldn't get up if I tried."

However, Authority chair Judge Colin Doherty said the dog handler believed there was a genuine threat the man could have a weapon such as a knife or needle.

"In that case the use of his dog was an appropriate option, as significant force was required to immediately overpower the man and eliminate the risk of serious injury to the officers who were struggling with him in the course of arresting him," he said.

The authority also determined the dog handler failed to give the man the required warning before using the dog.

"Police deal with fast-moving and ever-changing situations every day, and split-second decisions need to be made to keep the community and police safe.

"Every day our staff are committed to keeping the community safe and that was the priority for our staff during this incident."