Otago is the latest region to receive a major injection for the Provincial Growth Fund in a bid to revitalise the rail system, the Dunedin waterfront and bring more jobs.

A view over Dunedin on a sunny day. Photo: 123RF

The nearly $60 million investment has been widely welcomed and heralded as a game changer.

Peter Buckley started working for KiwiRail 25 years ago and narrowly missed losing his job in 2012 when the Hillside workshop closed.

"There were a lot of people ... fathers, grandfathers, uncles, brothers that had all worked at rail. Some people likened it (the closure) to a like a death," Mr Buckley said.

"But what we've seen here today with our Provincial Growth Fund, it's certainly a huge benefit to not only heavy lift Hillside and KiwiRail but the community in Dunedin."

Now, close to $20m has been pledged to help get the workshop back on track.

The money will go to upgrading the main workshop buildings, overhauling the mechanical plant and increasing KiwiRail services at Hillside.

KiwiRail spokesperson David Gordon said the big investment was worth it.

"We can't spend a hundred thousand here, a hundred thousand there and hope to make anything of a big site. You've got to have the initial seed capital in there. We'll need to find partners to really develop this site properly, but you won't get partners unless they're seeing you as being ready to invest as well. It's the opportunity to do it properly," Mr Gordon said.

He hoped that within the next ten years they could be back to having around 100 people working at the site again. 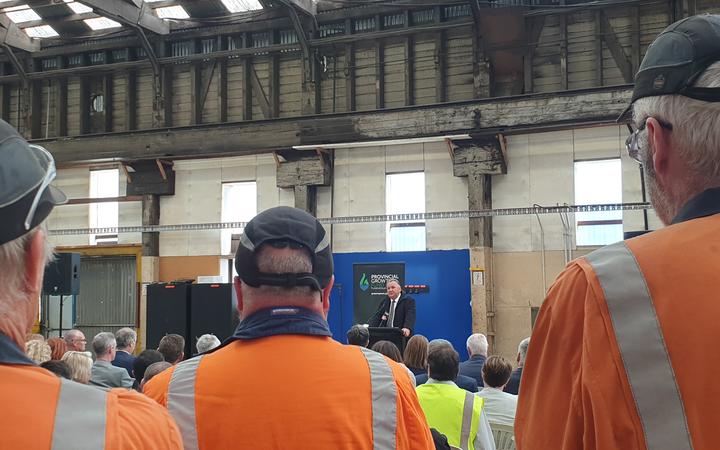 "Some of the buildings I should imagine do need to be demolished. I was half expecting Oliver Twist run out from under one of the buildings. I know there's a lot of philanthropy and old time attitudes down here, but I'd like to see some of these buildings certainly replaced for the next 100 years," Mr Jones said.

Close to $8m in additional PGF funding was announced for engineering and manufacturing projects with hopes the investment will create more than 80 new permanent jobs in the future.

"Dunedin has an industrial heart that goes back to gold rush days - steam ship companies, manufacturing of trains. But you've got to update the technologies that are used and engineering, and this enables those industries to thrive going into the future," Mr Parker said.

Waiata greeted the large crowd at the Dunedin Centre as the second series of funding injections were unveiled this afternoon. 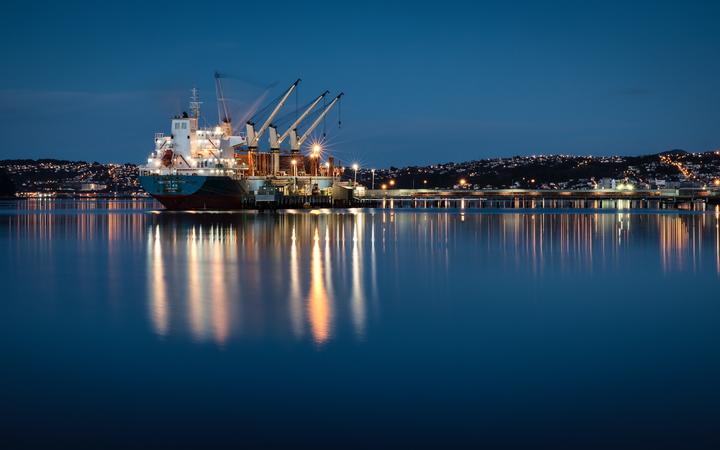 Dunedin councillor David Benson-Pope said it would be a boon for the future of the city.

"For too long that part of the harbour has not realised it's potential. We know there's a strong desire out there for this area to be developed. We see that in support during our annual plan processes and that's why the city has made such a strong push to request government investment in this part of Dunedin," Mr Benson-Pope said.

On top of that there was $10m aimed at turning the city into a digital hub, with a focus on growing the video-gaming sector at the Centre of Digital Excellence, or CODE.

"New Zealand has a long tradition of food, fibre, tourism, hospitality. However, CODE and its digital technology and gaming foundations represent a new paradigm and are not in any way limited by geography," Mr Strong said.

"In reality, they're weightless and scalable beyond any physical limitations."

The government hopes a $63,000 investment will help to train Otago high school students to work in forestry.

Newly-elected Dunedin City Mayor Aaron Hawkins said it was a huge day for the city.

"(It's) the biggest single investment in economic development in this city in generations from central government across a wide range of industries. It's back to the future at Hillside workshops, celebrating the future of the video game industry with the Centre of Digital Excellence, putting spades in the ground and starting phase one of the waterfront redevelopment project," Mr Hawkins said.

While shovels may not be in the ground just yet, there's certainly excitement in Dunedin at the massive cash injection and the jobs that could come from it.