A grandfather of 11 was using a pedestrian crossing, on his way to get medication for a neighbour, when he was killed by an errant driver, Dunedin District Court has heard. 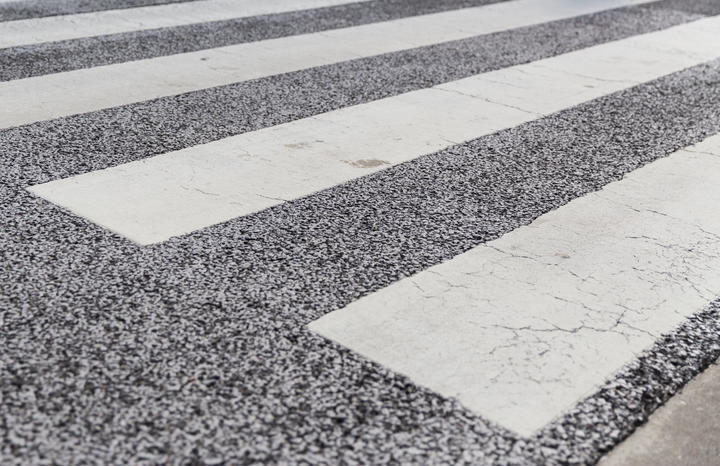 The man behind the wheel on 4 July - Isaac James Usher - did not drive into him, but hit the stationary car in front, shunting it through the crossing and into the victim.

Rex Archibald Harbott (87) was conscious when emergency services arrived at the Macandrew Rd crossing, but his condition rapidly deteriorated.

Hours later, a CT scan confirmed his head injury was unsurvivable and he died early the following morning.

Usher pleaded guilty to careless driving causing death and appeared in court yesterday, where he was banned from driving for nine months and ordered to make a donation of $2000 to charity.

Mr Harbott's family said they did not want financial compensation from the driver.

They said they simply hoped Usher learned from the incident.

The court heard the victim, who lived in Macandrew Rd, was walking to the pharmacy for a neighbour with mobility issues when tragedy struck.

Usher, who was heading south, took his eyes off the road.

When he looked up, the car ahead of him had stopped and he was unable to avoid slamming into its rear.

The defendant later told police he had tried to slam on the brakes but had missed the pedal.

"We are all guilty of momentary lapses in concentration," defence counsel Anne Stevens QC said.

Her client was an apprentice mechanic and planned to undertake a 14-week training programme in the United States, such was his motivation to succeed, she said.

The driving disqualification was going to have serious consequences for Usher, as he would need a lift to his job and would be unable to assess his work by driving vehicles he had repaired.

"It's not just a mechanic going for a joyride," Mrs Stevens said.

She accepted Usher should be banned and ordered to pay reparation but she vehemently argued against the imposition of community work.

"This isn't somebody going out to commit a criminal offence. We don't need him to labour for the country to correct things," Mrs Stevens said.

"His remorse is unquestionable ... he must live with this death for the rest of his life."

Police prosecutor Stewart Sluis rejected the assertion Usher's carelessness was at the lowest end of the scale.

The driver was driving on a residential street, approaching a pedestrian crossing, a point at which his attention should not have wandered, he said.

Community magistrate Simon Heale acknowledged there was no criminal intent on the part of Usher and the sentence reflected his level of carelessness.

He stressed the penalty should not be seen as indicative of how important Mr Harbott was to his friends and family.

"Their grief will continue, likely for a lifetime," Mr Heale said.

Usher, the court heard, had an arrangement to pay off nearly $11,000 for the damage caused to the other car.