Police have made a breakthrough in the violent death of Angela Blackmoore in Christchurch in 1995. Photo: Supplied / NZ Police

A 45-year-old man and a 47-year-old woman have been charged in the Christchurch District Court in connection with Ms Blackmoore's murder 24 years ago.

They appeared via audio-visual link this morning and were granted interim name suppression and remanded in custody until their next appearance in the High Court next month.

Ms Blackmoore was 10 weeks pregnant when she was stabbed 39 times in the kitchen-dining area of her home in the east Christchurch suburb of Wainoni on 17 August, 1995.

Her son, Dillon, who was aged two at the time, was asleep in a bedroom and unharmed.

The court was packed with relatives and friends of Ms Blackmoore during the hearing today. Among those watching proceedings was Laurie Anderson, Ms Blackmoore's partner at the time of her death.

Outside the court, Mr Anderson said he had never lost hope that an arrest would be made.

"I was waiting for this moment for 24 years, so I'm excited.

"I knew we were going to get here, I just had to be paitient and wait for it to happen.

"Todd Hamilton, the head detective, has been fantastic. I have to thank him 100 percent for driving this case and getting it to this stage."

Mr Anderson said he had no idea an arrest was even imminent.

"All [me and my family] we've been doing is just living our lives, being paitient, the biggest thing is we couldn't drive it. We had to allow people to help us get it this far."

He thanked the media for keeping the case alive.

Yesterday the police arrested the pair following an extensive investigation into Ms Blackmoore's death, which saw the police speak to over 100 people of interest.

In May 2019 police offered a $100,000 reward for information about the murder. The reward expired earlier this month on 16 October, with no-one getting the money.

In a statement released this morning, Detective Sergeant Todd Hamilton who is heading the police investigation, said police would like to thank members of the public, who recently came forward with information that led to an arrest.

"The investigation into her death remains ongoing and detectives are committed to ensuring all those involved are held to account."

He said the police's thoughts are with the Blackmoore family who continue to mourn Ms Blackmoore's death. 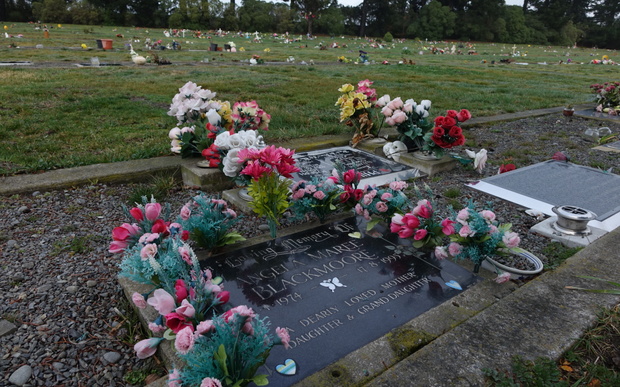 Ms Blackmoore was found dead by Mr Anderson, when he returned to their home after work at about 11.20pm.

On the anniversary of her death in 2015, Mr Anderson told RNZ he was still living in the house where his partner had been killed - it had positive memories as well as negative, he said.

"You can't condemn a house because of one night. The house didn't murder her, it's the people who came in who murdered her."

Solving the crime would not make a huge difference to his life now, he said, but it would mean a lot for her son to have some answers.

Dillon now goes by another name, which Mr Anderson told RNZ he did not wish to make public. He said while Dillon was not his son, he had remained involved in his life, and had tried to support him as best he could. 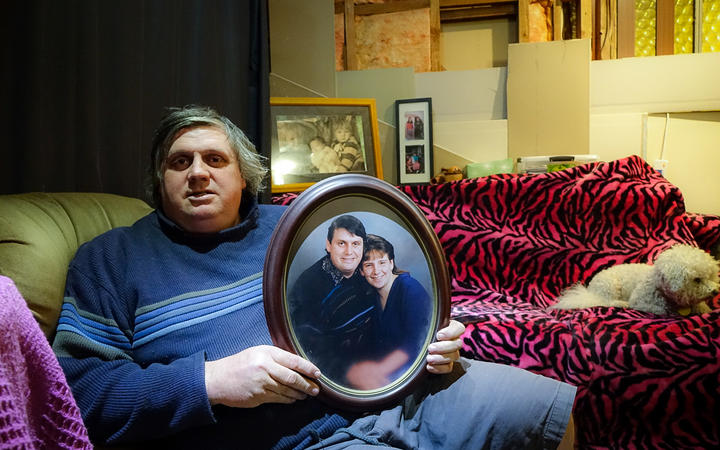 Laurie Anderson is pictured in 2015 with an old photo of him and his partner, Angela Blackmoore. Photo: RNZ / Rachel Graham