Suzanne Cowan is the first woman in the world who uses a wheelchair and has a PhD in dance. Her solo show "Manifesto of a Good Cripple" runs at the Basement Theatre in Auckland next week. Journalist Anke Richter interviewed her about her show, dancing with a wheelchair, and her research. 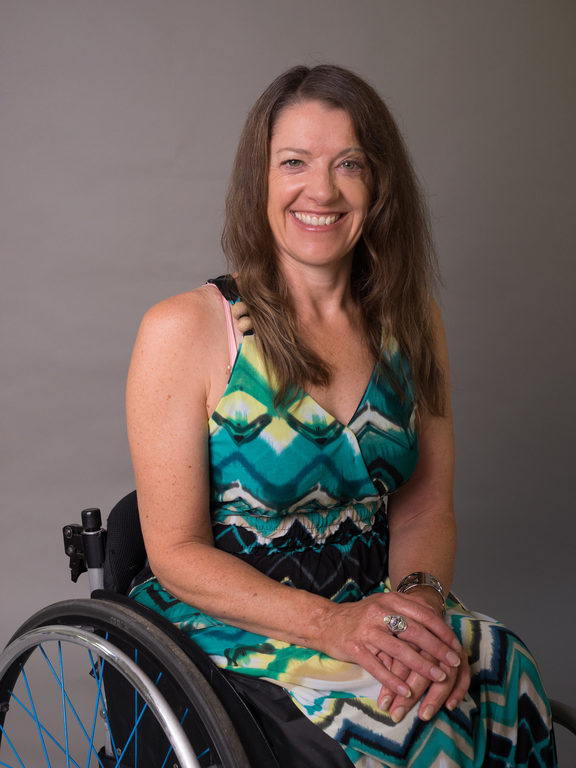 What's your show about?

"It's autobiographical and quite poetic, bringing together radical ideas about posthumanism and pivotal moments from my life. Apart from dancing, I'm talking and drawing. The audience will be pulled in, there's a lot of humour too. It's a bit dreamlike, suddenly moving from one situation and scenery to another."

Body as landscape, as you call it - what does that mean?

"Our body absorbs the landscape we move through. It always leaves traces. In my case, it was a very visceral imprint in 1990. I was in Canada on my OE and had a road accident which catapulted me into a different reality. It was absolutely traumatic.

"So the countryside I drove through with my friends was etched into me. I was in hospital for six weeks, then flew back to New Zealand and was rehabbing for months. Going from being a bipedal person to moving in a chair is a major transformation, a whole new lifestyle."

"I don't feel as if my life is a deficit in any way - it's just as valid. I want to get away from the deficit understanding of physical difference. My life is all about creativity and ability - travelling around the world, performing, exploring, loving. My body does not stop at my skin." 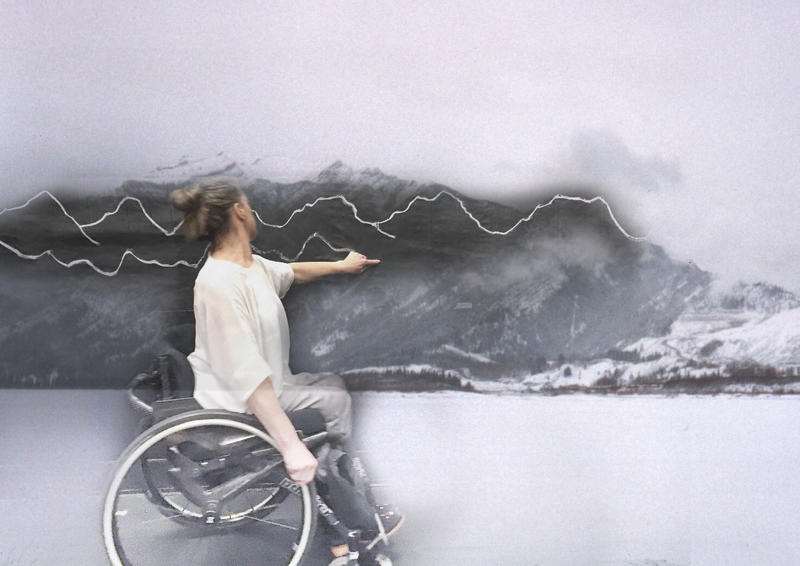 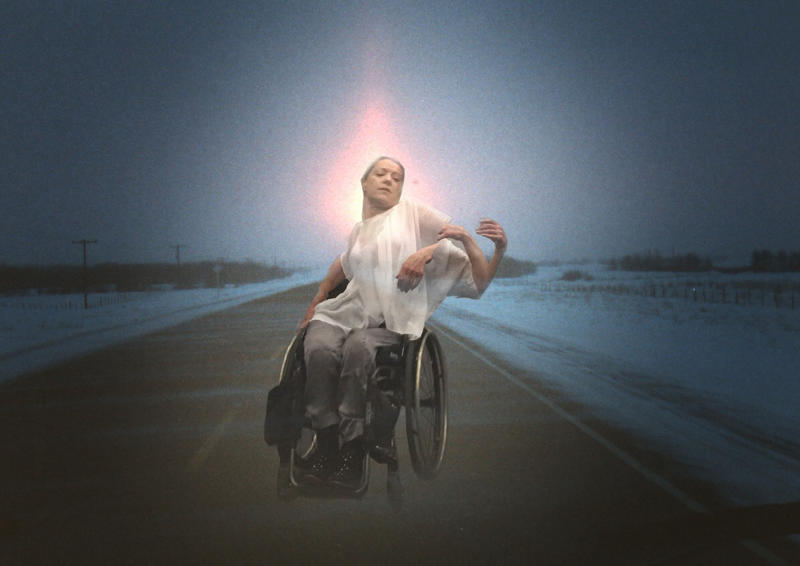 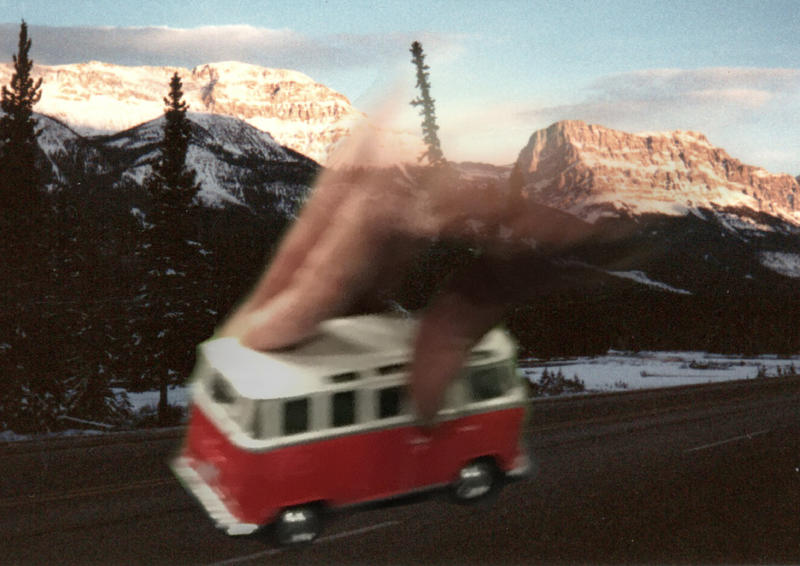 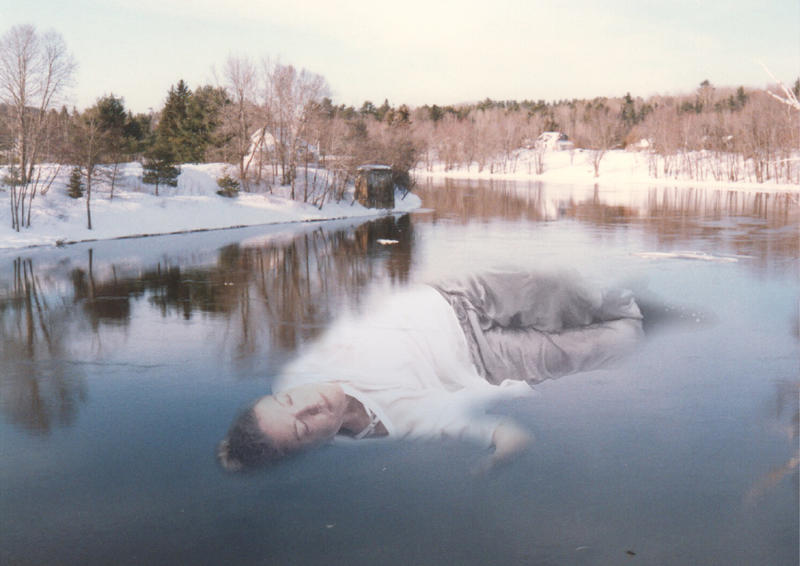 Were you already a dancer back then at 22?

"Yes, since I was a little girl, starting with ballet. After my accident I came across Touch Compass in Auckland, a mixed ability dance company. I did a workshop with them, then a show, then was offered a job in the UK and moved there for three years.

"The camaraderie was like falling in love. We had so many good laughs, for example being quarantined somewhere in Russia just because we travelled in chairs. Disability can be very isolating, especially if you're the only person in your family or class. It's important to identify as a collective."

Was it a smooth transition from dancing on your feet to the chair?

"It was quite tricky. I felt clumsy and wasn't that convinced myself that I could call myself a dancer. It took a while for me to find my groove and mesh with the chair. Now I'm a hybrid with a chair. We've become one - like an extension of my body."

Or a dance partner?

"We reclaim the word cripple as part of 'crip' culture. So instead of a 'disabled dancer' I'm an artist academic who uses a chair. Or 'I'm an artist/academic who is post bi-pedal' - I just made that up now and I like that! It's funny, when I'm watching people walking, I don't miss it. Instead I think 'how ordinary'."

Speaking of better language: How do you present yourself on dating platforms, for instance?

"When I went on Tinder, I didn't describe myself in that way - I just showed it with a photo. It's so varied how people respond to physical difference, depending on how worldly and comfortable they are. For some of them it's really scary. I can relate to that, I would feel exactly the same."

"Just because I have a disability doesn't mean I'm always comfortable with other people's disability. I have my own degrees of discomfort with difference as well. And just because I acquired a spine injury doesn't mean that all of a sudden, I lost all my unconscious conditioning.

"It's not an easy task to deconstruct that deficit conditioning, it's taken me many years. For instance, I had plastic surgery from burns down one side of my face. Now I don't have any wrinkles. It's a bonus."

Is our discomfort similar to how we often behave with foreigners?

"Yes, that's a good analogy. A disability poet once said: 'It's like a different country, and one that no-one wants to go to. They don't mind visiting but don't want to stay there.' We have customs and a culture for disability. It makes people nervous and they're afraid of getting it wrong. So as the 'foreign person', it's often my job to dissolve that tension and find a way of meeting."

Is that what your "good cripple manifesto" stands for?

"A good cripple is compliant, trying very hard to fit into a non-disabled culture and be as normal as possible. You provide social grease. It's your job to make other people feel comfortable. People with disabilities, we get very good at being socially fluid and outgoing, make others laugh.

"Whereas the bad cripple is unapologetically relishing their own culture that comes from their own lived-in experience. I have written a 'bad cripple manifesto' too."

Which one are you: good or a bad?

"A bit of both. I challenge this idea of the binary because we move along a spectrum. No-one likes to be put in a box. Even identifying with a minority group is putting yourself in a box, but sometimes we do that for political reasons to be visible, like 'I'm an artist with a disability'.

"Our stories of people with a lived experience of a diverse physicality are really important. So with my work, I'm challenging the social script for the person that's identified with a disability."

What is that script?

"The assumptions that I wouldn't be doing normal things, like having a job, going to concerts, or being in a sexual relationship. Some people just wonder how much I lead a normal life. It comes from unknowingness, but what underpins it is the status of 'other'.

"We're all struggling at the moment how to engage with 'the other', whether it's a migrant, or a Muslim, or someone with a disability - how to dance with that? I like to dance with my perceived difference as an artform and have made a career of it."

After winning awards, you scored a world record: first woman with a PhD in dance in a chair.

"Yeah, it's pretty cool, but not a ticket to instant stardom. Another colleague of mine with a disability has a PhD in dance and she has one hand instead of two."

What did your research entail?

"It's a practice as research PhD. I dived deep into queer politics and learned that identities are pluralistic. I had to deconstruct assumptions about disability. From absorbing those post-humanist concepts, even touching on quantum physics, I was able to embody them in a series of performances and explore them through my work, which is a beautiful way to birth something. It allows you to go deep."

"It's a well-known term in disability culture and can be subtle. When you use images of disabled people to shame non-disabled people for not stepping up, for instance a child with a prosthetic leg running a marathon, and then a slogan underneath it like 'what's your excuse' or 'your limitation is your attitude'. That's to inspire, but it's doing it in a way that's patronizing."

"Because people with disabilities are often celebrated for quite ordinary things, like having a job or getting married, or just showing up at a concert: 'Amazing that you're here!'

What kind of reactions do you generally get when you say "I'm a dancer"?

"Depends where I'm travelling. When I fill out my forms at customs, especially in Eastern Block countries, they would sometimes just look at me and shake their head, thinking I was pulling their leg."

"I got into a lift somewhere in Asia, and the cleaner looked at me and demands: 'What happened to you?' That's quite confronting. As if that one pivotal moment 29 years ago is the most defining aspect of me. But I've had a lot of other pivotal moments."

Are new relationships more complex for you because you're in a chair?

"I've had relationships with men with disabilities too. It's cool because there is less mystery - you have covered the same ground, quite literally. Some men find me attractive but are freaked out by the fact that I move around in a different way. That's quite confusing. Meeting anyone new, you have to find your point of connection. Then these initial fears fade away. Our brain is our biggest sexual organ anyway. "

Do you ever run in your dreams?

"I walk, fly, run and wheel interchangeably. I prefer flying."