A cold snap has brought freezing temperatures and snow to parts of the South Island, but most areas have escaped disruption. 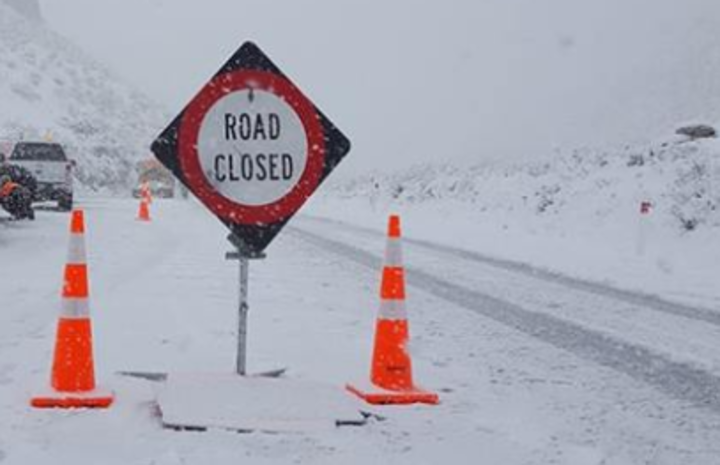 The Haast Pass was closed early this morning due to snowfall, but has now reopened as has State Highway 94 between Te Anau and Milford Sound.

MetService says snow fell on parts of Inland Otago and Canterbury, east of the Southern Alps.

Meteorologist Lewis Ferris said much of the south awoke to cool temperatures.

"The likes of Mount Hutt was the coldest - but that's way up on the mountains. Tekapo reached minus 3.4 [degrees celsius] that'd be the lowest temperature for a populated place.

He said while the worst of the weather was over for the south, cold temperatures and rain would persist.

"We did have this low centre that passed over the South Island last night which unlocked this very strong period of southerly winds which brought down the temperatures as well as bringing snow to some areas around the eastern side of the Southern Alps.

"There is another bout of rain to come in the next day, it's not as bad as the one we've just had."

A warmer weekend lay ahead as a brief northwesterly period brought higher temperatures to the eastern coast of the South Island, however, more rain was expected to arrive in Dunedin on Sunday, he said.

State Highway 94 between Te Anau and Milford Sound would again close tonight due to concerns about the weather with forecasted heavy rain turning to snow tomorrow morning.

The Transport Agency said the only road into Milford Sound would close at the Hollyford Road Junction at 5pm and at the Chasm Carpark at 5.30pm.

It would reopen tomorrow morning subject to daylight inspections, with motorists told to expect some delays.

The advisory said widespread avalanches can be expected when the sun comes out today at Aoraki/Mt Cook.

It said anyone planning to enter avalanche territory should keep up to date with the weather forecast as conditions will change frequently.