Police have told a whistleblower to retract his statements to RNZ about being bullied or face legal action. 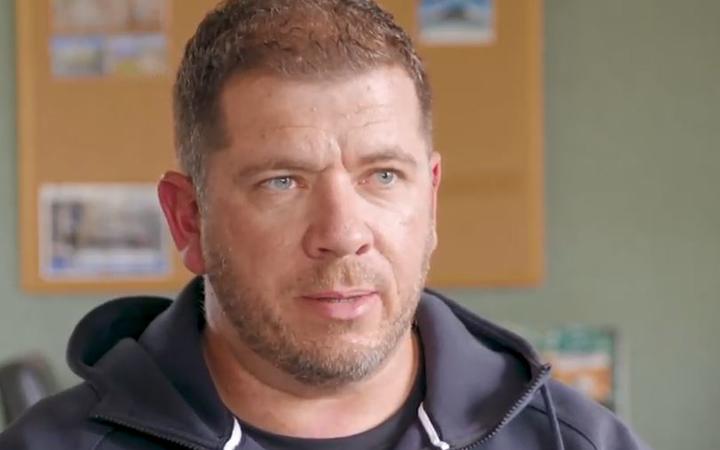 Former constable John Woodward said he was a victim of sustained bullying during his final years working on the West Coast. Photo: RNZ/Dom Thomas

The demand came just hours after Police Commissioner Mike Bush announced a review into how complaints of bullying are dealt with.

John Woodward spoke to RNZ on Monday, detailing the treatment he received during his time in the force.

A former Armed Offenders Squad member, Mr Woodward was once told he would be "accidentally shot" during a firearms training event he was hosting.

He was also isolated from his colleagues, to the point that his direct boss ignored his calls for backup when attending a fatal car crash in which two Korean tourists died after going over a bridge, into the Wanganui River on the West Coast.

In a letter sent to his lawyer, the police said Mr Woodward had breached confidential settlement agreements from 2014 and 2017.

"Your client, John Woodward, has been speaking with the media (Ben Strang of RNZ) regarding his employment with Police," the letter reads.

The letter states that under the agreement, both parties agreed to only talk positively or in a neutral manner when speaking about each other to third parties.

It was also agreed that all matters relating to Mr Woodward's employment would remain confidential.

"On the basis of the information Ben Strang has provided to Police, and the video interview that appeared on RNZ website, Police is of the view that John has breached the terms of settlement referred to above (as well as those in his 2014 settlement agreement)," the letter continues.

"At this stage, Police intends to uphold its obligations under the settlement agreement and requires that John does so to.

Mr Woodward accepts he has breached his settlement, but said he still loves the police and wants the best for serving officers.

He said it's worth speaking out about bullying if it causes a culture change.

"We can't get our heads around it," Mr Woodward said.

"They do it so quickly. We expected it, but the thing for us, to do it so soon, it's another form of bullying in itself.

"It's laughable. They should be ashamed of themselves."

"Police are considering their legal options in regards to this matter, as a settlement agreement had been reached with Mr Woodward, and we believe the terms of that agreement have been breached," Ms Ryan said in a statement.

"However, police are also cognisant of wanting to do the right thing. Police genuinely felt that they had settled the issues in relation to Mr Woodward's employment."

Police Minister Stuart Nash told reporters today he does not believe there is a bullying culture within the police.

He said Mr Woodward's story was from several years ago, and that things have changed during that time.

"What he was alleging, my understanding, has occured in 2014. That was five years ago," Mr Nash said.

"Police, I believe, has come a long way in that time.

"I do not believe there is a bullying culture, but what I do want to make sure is that when people make allegations of being bullied, there is a very robust process that they can be dealt with and heard in a way that is fair."

The majority of the more than 100 people RNZ has talked to still work for police, and said bullying was a current issue.

That was up from 20 percent last year.

Mr Nash refused to comment on the police's threat of legal action against Mr Woodward.

Louise Nicholas, whose complaints of sexual misconduct in the police sparked the 2007 commission of inquiry into police conduct, backed Mr Woodward and said the police need to think about what they are doing.

"Good on Mr Woodward for actually speaking out," she told Morning Report.

"If he's breached confidentiality, I believe he's done it for all the right reasons and I think police need to just pull their horns in a little bit."

She said she was disappointed with Police Minister Stuart Nash.

"You've got over 100 people who are coming forward and saying this behaviour is going on," she said.

"Look at it, sort it, and get Debbie to do the review, so that people feel safe going into the New Zealand police because that's what they want.

The police review was announced on Tuesday morning.

Mike Bush said the review would look into how complaints of bullying are dealt with through the police systems and processes.

It will be led by independent consultant Debbie Francis, who led the review into harassment and bullying at Parliament.

The former armed offenders squad officer said the review is a good start, but the police culture needs change.

That is backed by the president of the police association, Chris Cahill, who said the police the review should look at the culture as well as the complaints systems.

The terms of reference for the review will be announced later this week.