A dairy company has received the largest ever fine imposed under the Resource Management Act in the Waikato region. 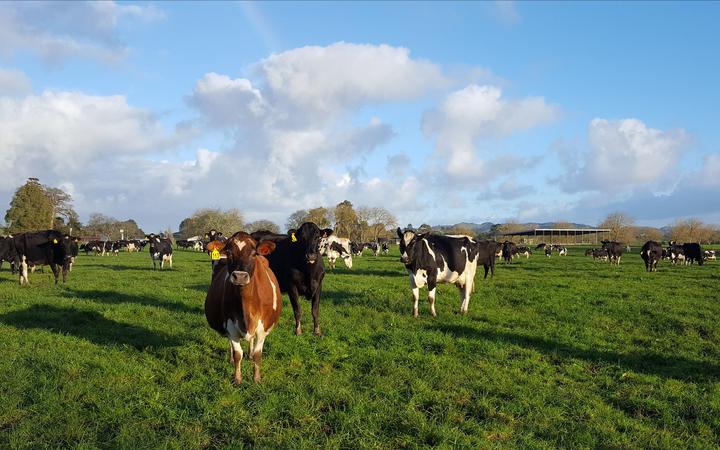 An investigation found the odour was caused by the failure of a wastewater pond liner. Photo: Susan Murray

Open Country Dairy was ordered to pay $221,250 after an objectionable smell from its Waharoa plant caused residents to vomit and suffer headaches last year.

It was also found to have unlawfully discharged wastewater into a stream causing contamination of the Waitoa River.

The fine was imposed by Judge Melanie Harland after the company was prosecuted at Morrinsville District Court.

Waikato Regional Council had received numerous complaints from Waharoa businesses and residents over two periods in 2018.

They reported an ongoing, persistent and objectionable odour.

This caused residents to keep doors and windows shut and in some cases it caused headaches and vomiting.

An investigation found the odour was caused by the failure of a wastewater pond liner, which also resulted in contamination of the Waitoa River.

Waikato Regional Council investigations and response manager, Patrick Lynch, said the fine would send a very clear message to the company that its operation had to be environmentally sustainable.

Judge Harland described the impact the odour had on residents as profound and serious.

She issued an enforcement order prohibiting further objectionable odour from the site.

The order also required Open Country Dairy to have a Community Communication Plan to keep the community and council informed of any issues at the plant that may result in further objectionable odours.

The Waikato Regional Council - which took the prosecution - said Open Country Dairy must prove to the community that it can operate in a compliant way in the future.

The council's investigations and incident response manager, Patrick Lynch said the company's record of now having five prosecutions relating to unlawful discharges into the environment was of concern.

"They will be looking at their own history of non-compliance now and they should be aghast at the amount of actions that the council has had to take to try and get them to a compliant place."

He said that in some respects it showed the limitations of the regulatory framework that the council was working within.

"We have used now all of the tools available to us under the RMA including an enforcement order, abatement notices and now multiple prosecutions and as a regulator you can do only so many things.

"We have now used all of these tools and at the end of the day, being compliant and operating sustainably that falls to that company to meet that standard."

Open Country Dairy chief executive Steven Koekemoer said the problem was caused by heavy rain which meant holding back waste water on site, that would normally be used in irrigation.

He said the odour was the least environmental impact that could have happened as they did not want to discharge the waste water and breach consent putting on land.

"From a local perspective it wasn't ideal and should not have happened in the first place."

Mr Koekemoer said the company was in the process of spending millions of dollars on upgrading its water treatment system.