Eight trampers forced to hunker down in blizzard conditions in the Southern Alps overnight, knew the weather was forecast to turn bad. 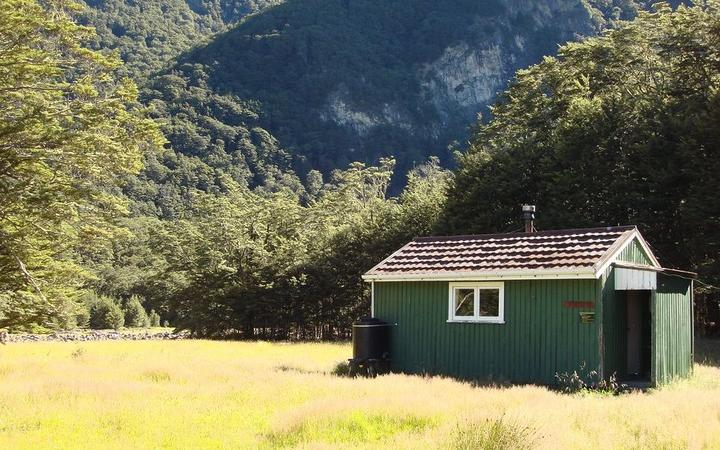 An alert from a personal locator beacon was sent from near the Huxley Forks Hut in the Southern Alps. Photo: Supplied / Flickr

The group from Otago University was just 1.5 kilometres from the Main Huxley Forks Hut in North Otago when heavy snow prevented them from going further.

They activated an emergency locator beacon at 9.45pm yesterday, but the weather was too rough for a rescue helicopter to be sent in.

John Ashby from the Rescue Coordination Centre said they had checked the weather forecast before setting out, so took an unnecessary risk.

"Last night a very brutal front came through and created a lot of snow and they would have been in blizzard conditions before they reached the hut."

He said the group assumed they would reach the hut and had no overnight gear.

The group was found at the Huxley River, around 1.5km from the hut early this morning.

Two women were slightly hypothermic and were treated by the search and rescue team.

The trampers and rescuers were flown out of the area by a helicopter from Mt Cook at around 8am.

Search and Rescue officer Chris Henshaw said the group did the right thing by taking two locator beacons into the area.

But he said the rescue is also a reminder to consider weather reports thoroughly before heading out, as the group was caught out by the blizzard conditions.