The defeated Porirua mayor Mike Tana is demanding an independent investigation into leaked emails about his spending, which he believes destroyed his chance of re-election. 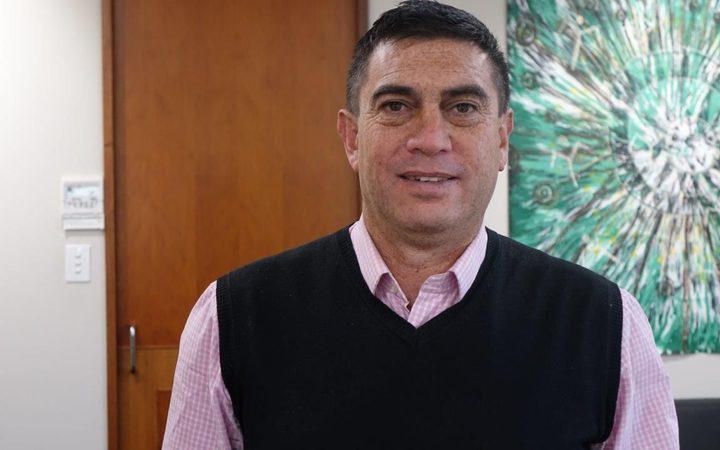 In mid-September, in the middle of a furious election campaign, the one-term mayor found himself under investigation over the use of his fuelcard on six occasions.

An email sent from the chief executive, Wendy Walker, to all councillors (including four running for mayor) said the case was being escalated to the Serious Fraud Office and police.

It was leaked to the press shortly afterward.

Mr Tana said while he was cleared by the report, it was not published until four days after the election, by which point the damage to his reputation was done.

"I just want justice," he said.

"Just on those facts alone in the last three years, I know if I was given a fair and reasonable process, people would've voted accordingly."

In a written statement, council Ms Walker defended her actions.

"My duty as chief executive is to treat all candidates in exactly the same way," she said.

"My obligation was to follow a fair and reasonable process. I think I have done this."

What was Mike Tana accused of?

Ms Walker said Mr Tana did not respond to the requests for details, despite numerous attempts to contact him.

Mr Tana explained that this was because he did not see the email giving a deadline of 26 September.

As a result, Ms Walker called in the Office of the Auditor General, and subsequently asked Ernst and Young to carry out an independent audit.

Mr Tana said it came at a difficult time for him.

"And I said to the auditor at that time, 'Yep, that's fine. I've just had two funerals - one for my auntie and one for my best friend. I'm in a campaign. I have six children, and I'm the Mayor. So I will work with you, to get the information to them."

But Mr Tana said that there was no proper process through which he could adequately supply information, and after he filed a first email with details, he was told it was not sufficient.

"The auditor came back to me, and said, 'They want more information'.

"He [the auditor] basically gave me a grid of the times in question, and a calculation of the estimated mileage that could have been travelled in a vehicle of that kind, and asked me to fill in the blanks.

Mr Tana said he was then given a day to complete the job.

"Every time she's sent a confidential report to the councillors, it's been leaked"

Mr Tana asked for a couple more days, but said he received an email from Ms Walker at 4.45pm on the Friday, telling him she was going to inform the councillors of the investigation, and refer the case to the Serious Fraud Office and the police.

"I am employed by the council to ensure public money is spent carefully and within well prescribed limits. Keeping councillors informed of such matters is part of my role."

Within half an hour of the email being sent, it had been leaked to the press.

"Every time she's sent a confidential report to the councillors, it's been leaked," Mr Tana said.

He said it was incredible that she chose to go to the police and the SFO a week before the election.

"There was no need for it - it was a private matter. And I was with the auditor and supplying them information."

What did the report actually say?

The Ernst and Young report, handed to Ms Walker on 10 October, showed all the Mayor's movements were accounted for on the six dates in question, and matched the spending on his fuelcard.

This included personal travel to Palmerston North, but Mr Tana said he was entitled to use his work car for personal purposes.

In her statement, Ms Walker said personal use was limited to 20 percent of overall use, and such journeys "approximated 64 percent of the mileage".

But Mr Tana said this was misleading. "It's just the use of a car in a snapshot.

"[But] you actually have to take the use of the car over the whole term, and then work out the percentage of private use, and the guideline is 20 percent.

"The reason why it's 64 percent is because that's the only period they looked at."

The chief executive was advised not to publish on the basis the results could be open to "misinterpretation".

Following the report, Ms Walker confirmed she would not be taking the matter to the police.

What next for the former Mayor?

Mr Tana, who is handing over the mayoral chains to Anita Baker, said the furore undoubtedly affected his campaign.

"The anomaly about this election is that 25 percent of the votes came in the last day.

"Someone threw a bomb by way of a piece of information that went viral pretty much in the last days before the election, and then we had 25 percent of people deciding to vote then, after the information had been put out.

"It does ask the question: did this impact the outcome of the election?"

After the preliminary votes from last Saturday, Ms Baker beat Mr Tana by a margin of 471 votes.

Mr Tana said he would be requesting an independent investigation into the leak.