A teenager who tried to stab his ex-girlfriend to death in Auckland's CBD has been jailed for six years. 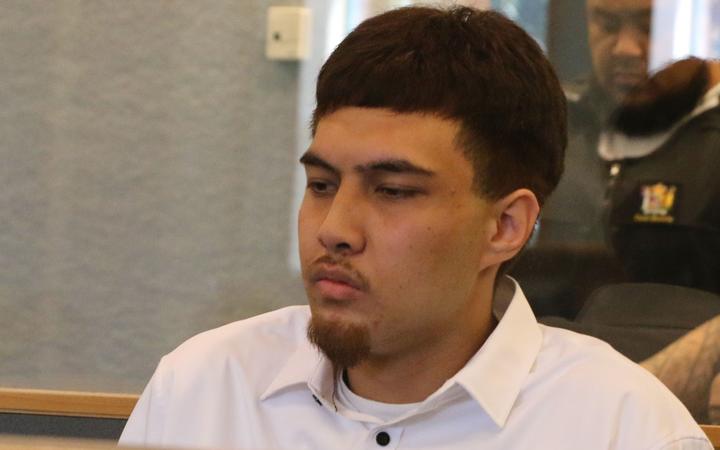 The premeditated stabbing came after the pair broke up and was only stopped after members of the public intervened.

Santos was sentenced by Justice Whata in the High Court at Auckland today after pleading guilty to attempted murder.

The court heard he arranged to meet Ms Tupou in town after creating a fake Facebook profile as posing as a friend of his, 'Sarah'.

The pair met and argued in town before Santos stabbed her more than 20 times, stopping once to switch the weapon to a different hand.

He ran away afterwards and later phoned the police, telling them they would be looking for him because he had stabbed her.

Ms Tupou said she had regular nightmares about the attack in a victim impact statement she read to the court.

"I keep dreaming I'm being stabbed again. I've tried to forget what happened but people keep asking about it when they see the scars."

The court heard she was stabbed more than 20 times and spent almost two weeks in hospital for surgery and treatment.

Ms Tupou said she couldn't finish her university degree because of the attack and wouldn't be graduating with her peers.

"I do forgive Micah but I want him to be held accountable for what he did. I'm worried he will do this to another woman."

Crown prosecutor Henry Steele said Santos planned the attack because he had been either unwilling or unable to accept the break up.

"Simply put Sir, he decided if he couldn't have her no one else would."

Mr Steele said the defendant went for a swim and had a meal before the meeting because he knew he would go to jail.

The prosecutor submitted a sentence of 11 years' imprisonment was appropriate to reflect the premediation and violence.

Santos' lawyer Maria Pecotic said her client's offending was deemed "completely out of character" to those who knew him best.

"Everyone who knew Mr Santos described him as a gentle young man, helpful young man and compassionate and caring."

She said he was in deep turmoil when his relationship broke up and struggled with mental health issues that compounded before the attack.

The court heard psychological reports had identified Santos had developmental dyspraxia and had made good progress through counselling in prison.

Justice Whata said Ms Tupou was Santos' first girlfriend and the relationship had a pattern of making up and breaking up.

He said the defendant's offending came as a shock to his family, who said he had no violent tendencies and the attack was completely out of character.

The judge said the serious attack had the hallmarks of a young man who had lost control and Santos' prospects of rehabilitation were promising.

He jailed the teenager for six years after giving him discounts for his youth, rehabilitative efforts, remorse and guilty plea.

Santos was supported in court by a large contingent of family members who raised their hands and called out "Love you!" as he left the dock.