A teenager charged with attempted murder after a woman was stabbed in central Auckland can now be named. 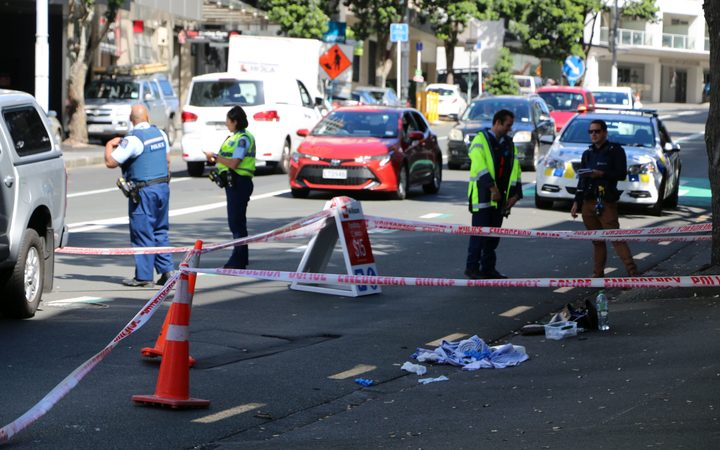 The scene of the stabbing on Anzac Ave. Photo: RNZ / Katie Scotcher

Micah Shannon Santos, 18, is accused of attacking his partner on Anzac Ave on 22 November last year.

He has pleaded not guilty to charges of attempted murder and assault, and will go to trial in the High Court at Auckland later this year.

The Henderson teenager was denied continued name suppression at his first appearance in the High Court, but kept his name secret on appeal.

The Court of Appeal heard his appeal in June but dismissed his bid and an interim order prohibiting publication of his name expired today.

Mr Santos has a two-week trial set down for 14 October.