Two players from Auckland will be celebrating after winning a $19 million share of the Powerball jackpot. 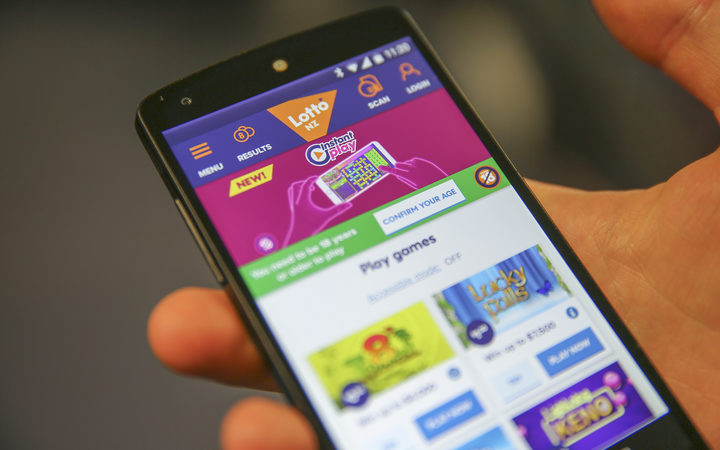 The two big winners had both purchased their tickets through the MyLotto app. Photo: RNZ / Richard Tindiller

The jackpot had climbed to $38 million and if it had been paid out to one winner it would have been New Zealand's second-highest lottery prize.

Both winning tickets were bought online via MyLotto by players from Auckland.

Five other players won $142,857, with three of the winning tickets sold in Auckland and the other two in Hawke's Bay and New Plymouth.

The MyLotto site had issues with heavy demand last night as people checked it for the winning numbers, and some users found the service temporarily unavailable at times.

With the odds winning last night's huge prize at 38 million-to-one, Otago University statistics professor Professor Martin Hazelton had a piece of advice for anyone trying to make money by spending hundreds on tickets on big jackpot draws.

"If you are playing Lotto because you know it's essentially a form of entertainment, you get this pleasurable feeling of anticipation, and if you're happy that it's a way of donating to charity, then good on you.

"But in terms of scheme for money making, that is not what Lotto is."