Pilot Nick Taber says there is little that compares with soaring on the back-country thermals above the mountain ranges that joined Nelson, Marlborough and Canterbury. 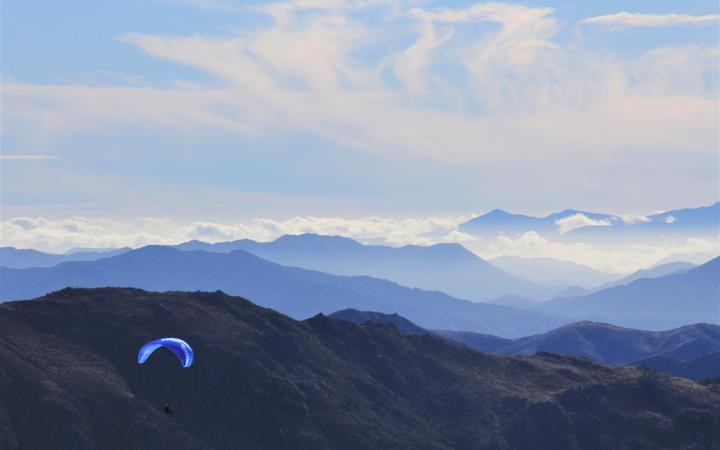 "We fly to St Arnaud, through the Rainbow valley to Hanmer Springs, and that is an incredible journey through that very precious part of New Zealand, which takes in parts of the Molesworth (Station) as we go through."

The country's paraglider and hang glider pilots were now hoping to be included in plans to open up more play areas on Molesworth - New Zealand's biggest farm and home to the country's biggest heard of beef cattle.

The future of the high country station, which linked Marlborough with North Canterbury, was on the table as the current grazing lease was due to expire next year.

Its wide-open skies made it a flying mecca for pilots of small craft, now fighting for shrinking air space around the country - including that being clogged up by drones.

The 180,000 hectare Crown-owned station became a recreation reserve in 2005, when its gates opened to increasing numbers of mountain-bikers, hikers, four-wheel drivers and white-water rafters.

The New Zealand Hang Gliding and Paragliding Association has so far had restricted access to Molesworth. National president Duncan Macnab said it now wanted to formalise that, or risk losing out altogether.

"We have to deal with all these professional threats to our sport, and if you don't put in submissions then suddenly you've lost everything.

"There's a cost to doing sport in New Zealand."

But there was another reason.

Nick Taber, who has been active in managing the association's air space applications, said they were being pushed out of many places by increasing numbers of potentially lethal drones.

He said there had been two collisions involving drones and paragliders in the past 18 months.

The New Zealand Civil Aviation Authority confirmed it investigated a collision between a drone and a paraglider on a training flight at a beach west of Auckland in in February 2018. 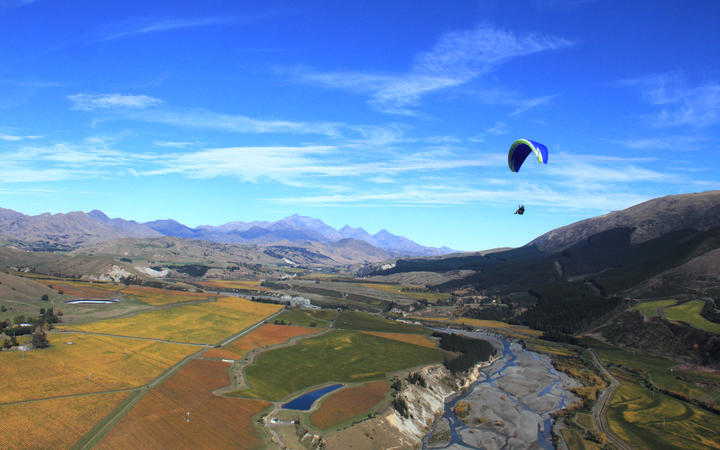 The drone operator has been charged, but the case was yet to go to trial, the CAA said.

Mr Taber said areas where hang glider and paragliders could fly were becoming more precious as the commercial squeeze was placed on all recreational flyers.

He said it was pushing the likes of their group further into the back country, and it was only going to get worse, as air space corridors became a commodity for delivery companies using large drones.

"So you might have one fast-food chain flying at 700-feet using 5G technology, and then you have another company - it might be a parcel delivery company, flying at 800 feet in the other direction."

Mr Taber said paraglider and hang glider pilots were not able to carry heavy collision avoidance technology of the type they might need in future to operate legally in these corridors.

He said despite the thinking that paraglider and hang glider pilots were "cowboys who jumped off mountains", they were subject to strict CAA regulations and had to be licensed.

Molesworth was leased and farmed by Landcorp and managed by the Department of Conservation on behalf of the Crown.

DOC said it was working with Te Rūnanga o Kaikōura on the future management of the Molesworth Recreation Reserve, and was looking at a range of future ideas, which were likely to involve a review of the current Molesworth Management Plan.

South Marlborough operations manger Phil Bradfield said the Rūnanga and DOC would work closely with the Nelson Marlborough Conservation Board and the Molesworth steering committee.

He said a review of the Molesworth management plan would consider what recreational activities took place and how they would be managed.

Duncan Macnab said Molesworth was comparatively light on air traffic, and would likely remain so.

"There are not going to be drones delivering pizzas in Molesworth that we have to worry about.

"The whole use of remotely powered aircraft for delivery is actually going to become a real problem for us."

Mr Macnab said the association was currently working with DOC on a national concession, in partnership with Federated Mountain Clubs, for access to a range of remote areas.