Students say it's tragic that it's taken a death to force a law change to ensure they are looked after properly at university hostels. 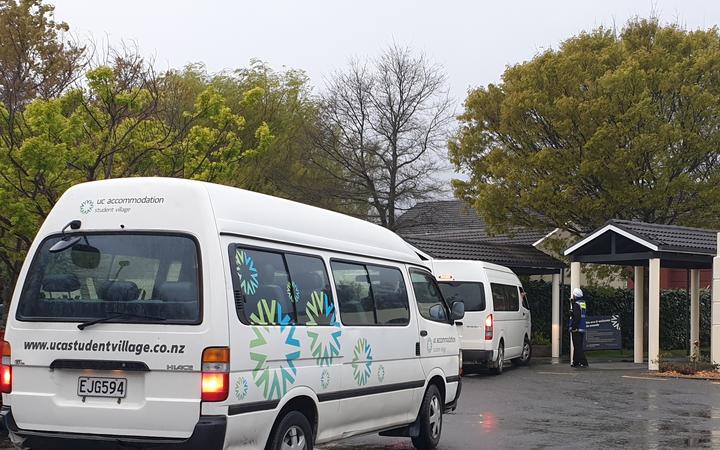 The government is bringing in a mandatory code of conduct and big fines after the death of 19-year-old Mason Pendrous, whose body lay undiscovered in his Christchurch hostel room for several weeks.

From January, they could be fined $100,000 if found responsible for the serious harm or death of students in their care.

Education Minister Chris Hipkins said the current voluntary code of conduct is not good enough to ensure halls and hostels are giving students the help and support they need.

"I think now it is time for the government to be more involved and that's exactly what we're doing," Mr Hipkins said.

He said after a short review it became apparent the voluntary code was not being followed or adhered to.

"When you're dealing with students' welfare, that's not good enough," he said.

"The [university] sector have had the better part of 15 years to get their house in order and they clearly haven't done so.

A new interim code laying out clear expectations will be in place for the start of next year with a permanent one brought in by 2021.

Even if universities contract out accommodation they will still be held responsible for student safety.

University of Canterbury Students' Association president Sam Brosnahan wished it had not taken a death to force such changes.

"It's been tragic that it's taken this [death]," he said.

"The last few weeks there's been ... more and more stories of students in halls of residences saying that from their experience pastoral care wasn't up to the standard they expected. Unfortunately it's taken this [death] for regulations to tighten but I think moving forward [these codes] should hopefully go a long way to addressing some of these issues."

Mr Brosnahan wants to see better support and funding for the students who take on the job of Resident Advisors (RAs) at the hostels.

"[I've] seen a lot of commentary questioning the RAs in this case ... but I really do think a lot of the RAs - they're doing full time study themselves and they're under a lot of pressure," he said.

"I think we definitely need to look at the wider system and looking at minimum standards in terms of how many RAs are looking after students."

"The cost of providing adequate pastoral care far outweighs the cost of students' lives and that's what we're talking about here - this is not something that can be skimped on," she said.

She said any extra costs to meet the new rules should not fall on the students.

"These students are already paying an enormous amount of money, in Victoria alone, it can be ... near $20,000 for one year of accommodation for first year students," she said.

"Trying to put this cost on students is actually not fair. I think universities need to be reassessing the way they deliver this service to students and accept their role as caregivers rather than just landlords.

"They need to step up and bite the bullet when it comes to giving more money."

But Universities New Zealand chief executive Chris Whelan said students are likely to have to pick up the bill.

Mr Whelan said the minister's announcement has caught the sector by surprise and it was unfortunate the government did not consult with it first.

"We have one very public and very tragic example and we are all waiting to see the review around that ... but actually as a system we generally do very well by our students and we are very proud of the service we have provided in the past," he said.

Auckland University said in a statement that it absolutely complies with the intent of the current voluntary code.

Canterbury University declined to comment as did Victoria University, which also had a case where a student died and was not found until three days later.

"I need to see the details, but I do think the principal is sound that parents should have a reasonable expectation that when their child is going to university away from home and pastoral care is part of the package that it is provided in a reasonable way, he said.

As part of the changes, he suggested increasing student contact.

"I would like to see some mechanism for the student to at least have contact every 24 hours with some member of staff, some ability to say yes the student is still coping doing well, or not."

Derek McCormack, chair of Universities New Zealand and the Vice Chancellor at AUT, said he shared the minister's concerns.

"We already do have a voluntary code and the code that the minister is proposing will be heavily based on [it]," he said.

Mr McCormack said all universities are currently doing what they can to follow the voluntary code.