Candidates for the fiercely-competitive Penguin of the Year are a blind elderly matriarch, a friendly female, and a bad boy who steals and has two girlfriends. 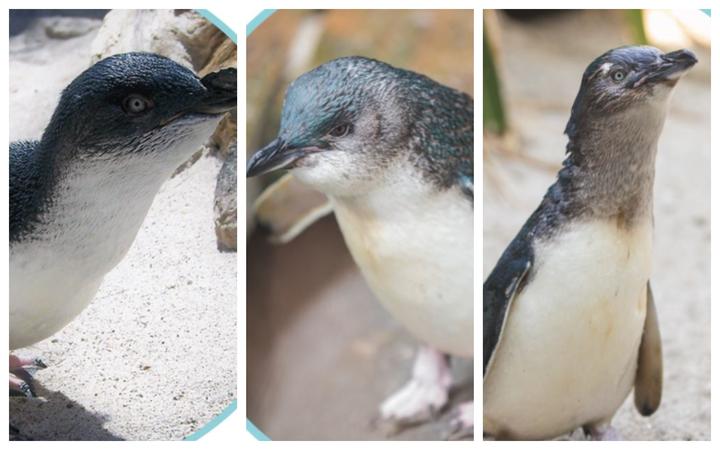 The National Aquarium in Napier is running its second annual penguin competition, and voting is open to the public to choose between the final three.

The aquarium's birdkeeper Thea Crook says 18-year-old Elmo - the equivalent of around 120 years old in human years - is the overseeing matriarch, who's almost blind and only has one flipper.

"She sort of watches over everything, and lets the younger ones run around and do stuff, like 'I remember those days'," Ms Crook said.

"She only has one flipper so doesn't swim a lot, so she often just has little baths at the edge of the water where it's shallow.

"Elmo got good penguin of the month for getting out of bed to come and eat - if she doesn't want to get up she doesn't have to, because she's like a 120-year-old person."

Most of the Little Penguins at the National Aquarium were injured and rescued, or were abandoned at a young age. They have 15, and 13 have been rescued. Quite a few were found injured or abandoned on the beach by passersby.

Twelve-year-old Draco was rescued after being hit by a car, and has a head injury.

"When she first arrived, she was really mean, so we named her after Draco Malfoy from Harry Potter."

Ms Crook said Draco is the kindest of the lot, and even took care of another's egg when it was left behind. She and Timmy - last year's supreme Penguin of the Year winner - are a couple.

"She's always in someone else's house having a little gossip, she always comes to the food station with a buddy because they've been chatting before food time; she's generally quite chill.

"She doesn't really like swimming because she doesn't like getting her head wet - she's like those girls at the pool that don't want to get their hair wet."

She said it's fun to name penguins with unusual names.

"[But] we do have one called Dave, and we have a Martin as well. We're a big fan of 'people' names."

And then there's Mo - last year's finalist - who Ms Crook described as "shifty".

"He'll come up to the feeding station, and he already knows he's going to try steal more than his allowance of fish. He comes in and is looking for a penguin that eats a bit slower, and trying to keep an eye on you because he knows that we know what his plan is.

"Then he goes home to his two girlfriends after that. The girls have mellowed him out a little bit, but those bad boy roots are very strong and hard to get rid of.

"Last year he was our naughtiest penguin, I think he had about four different months. This year some of the others have done such outrageous stuff that even though Mo's still been naughty he's not been as naughty as the others."

Voting is open now on the National Aquarium website. Ms Crook said she voted for Draco, because her boyfriend Timmy won last year and they'd be a penguin 'power couple' of the aquarium.

But she admits she'll have to leave it up to the nation to decide - voting closes on Wednesday, 16 October and Penguin of the Year will be announced two days later.