A basketball camp in Christchurch led by star athletes is teaching young people leadership skills and inspiring some to become professional athletes. Basketball has become the top sport played in secondary schools in Canterbury for the first time.

Basketball leaders said it reflected the surge in popularity for the game.

The Canterbury Rams and women's squad Wild Cats, joined forces this week to run a three-day camp for 50 girls and boys aged 13-to-18 years of age.

Coaches said the camp was a chance to learn technical skills, leadership, professionalism, and discipline.

RNZ spoke to some of the passionate campers whose love for the game seemed contagious. They said it was a lot of fun and many wanted to play professionally.

"For kids growing up in NZ they can look at our country's league as something to aim for... I want to pay it forward, I like coaching. A lot of people have helped me in my years to reach my dreams to go to America to play basketball.

Wildcats and Tall Ferns player, Tessa Boagni, said: "It's important to have female representation in camps like this... I just want young girls to see successful other girls out there.. hopefully I can inspire some of them to keep playing basketball." 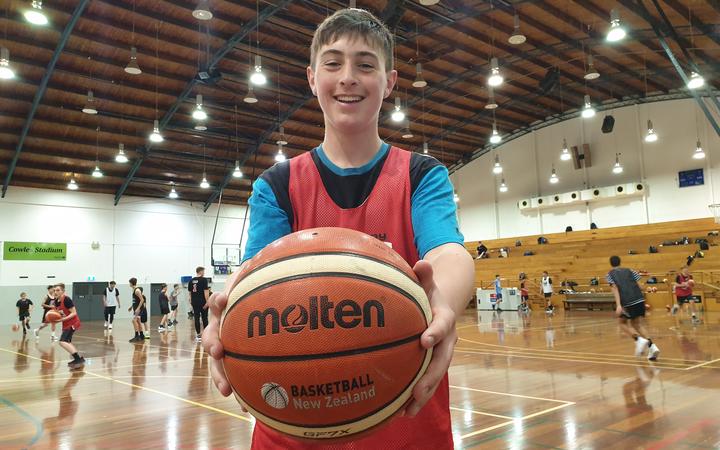 "We're a little bit ahead of the rest of the country but it's projected to be the number one played sport throughout New Zealand shortly."

Basketball leaders said the game had been life-changing for youth and adults alike and had played a huge role in reviving Christchurch post-quake.

It helped the "rebuild of the city by providing basketball opportunities to the kids and supporting a pathway so a young player can aspire to be an NBA player," he said.

Over the past four years, 35 students have been awarded international scholarships, with many leading to professional basketball opportunities.

Despite the sports' rapid growth in popularity, Mr Harrison said they faced challenges like lack of resources and funding.

The Rams also do not have their own permanent training facility.

Some of the players and coaches said they would like to see more investment into basketball courts and gyms in Christchurch.

Despite this, Mr Harrison said there would still be strong commitment from The Rams to teach the sport within schools and even prisons.

"The real drive is supporting all of the players to become leaders within their community... our success is also based on what our young people do post-basketball, after leaving our camps and programmes."