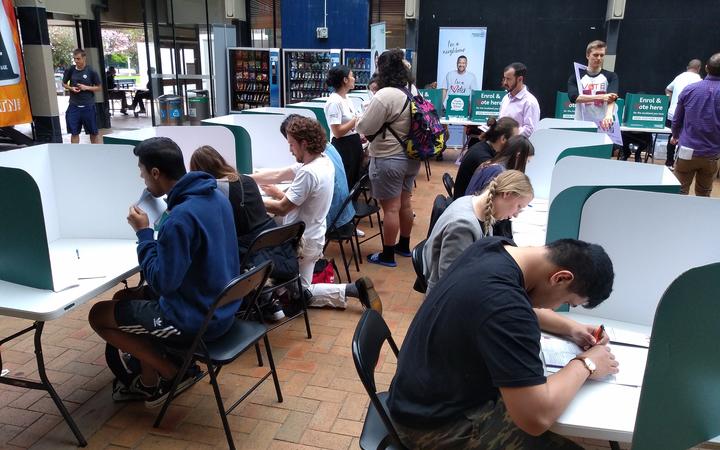 Organisers of a One Stop Shop for voting at Auckland University had to extend the ballot booths, putting up extra tables and partitions to accommodate an influx of students wanting to vote.

Election organisers will know preliminary results tomorrow - including how many people turned out to vote.

Dr Reid said national voter turnout is expected to track close to last year's 43 percent and he expected there would be a last minute rush to vote.

More than 50 One Stop Shops have been held in the country's largest city since voting began to encourage more participation.

Charlotte Jackson was researching candidates on her phone while standing in line.

"I don't want to vote without knowing anything about the person. I asked my dad who he voted for to get a second opinion as well."

Adam Schweizer turned up at the booth to vote in his first local election and planned to vote just for mayor.

"I don't really know much about it so maybe it's that but I'm really here to vote and see how it works so I can learn more about it."

The One Stop Shop at Auckland University was among the last three pop-up booths, with the last one at the Papatoetoe Night Markets tonight - to capture voters in nearby South Auckland with its low turnout. 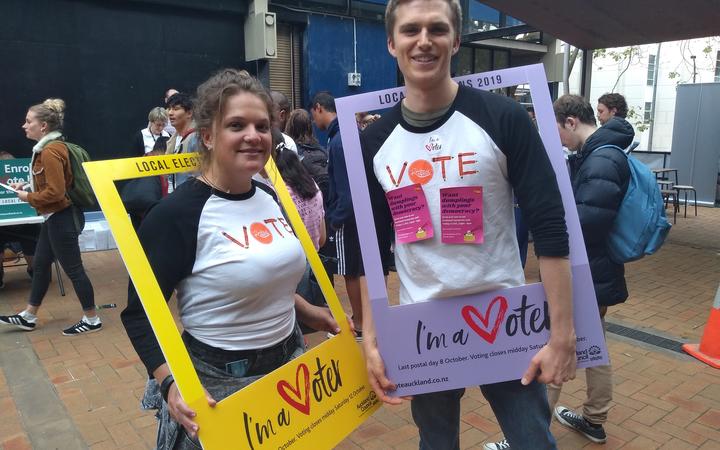 Volunteers from the youth-led movement Rock Enrol offered the first 50 people to the booths free dumplings, giving away 300 dumplings in an hour.

Project coodinator Lucy McLean said although voter turnout has been lower than previous years, she is encouraged by the number of people who voted today.

"We are just ecstatic about the turnout. People have been coming in droves which is really exciting for us because it shows us that young people really do want to vote but there's barriers to getting votes in so we're really excited to be breaking down the barriers."

Only 43 percent of eligible voters participated in local elections last time they were held and local authorities are keen to change that.

"This is a system that is meant to be done by postal vote so it's not as user friendly, it hasn't been designed to be done like the general elections. What it tells us is that throughout the country we're going to have to have a good think about how we bring those elections to people to make it relevant and easy to vote."

Ms Delbet said it was not too late to vote - election organisers are encouraging people to get to a ballot box before noon tomorrow.