The SIS has been told to apologise to investigative journalist Nicky Hager for unlawfully acquiring months of call logs from his phone. 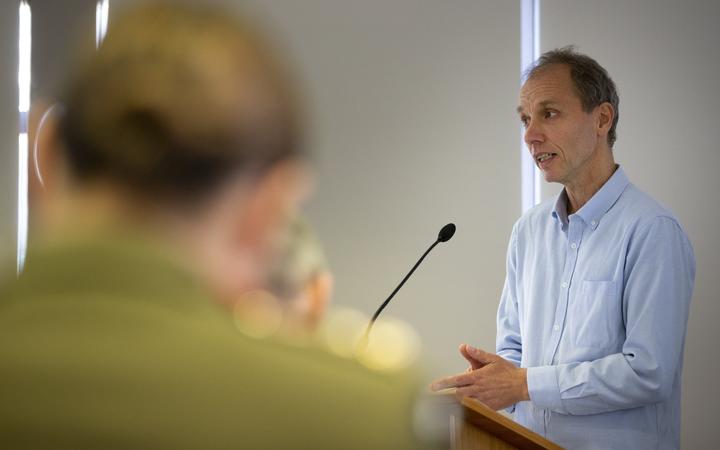 Acting Inspector-General of Intelligence and Security Madeleine Laracy said the Defence Force asked the (SIS) for help in its investigation into claims made in Hagar's 2011 book about the New Zealand's military and intelligence activity in the Middle East.

In her decision released this afternoon, Ms Laracy said the SIS unlawfully got months of Hager's phone records, as well as those of a Defence Force officer suspected of being his source.

Analysis of this data did not establish any connection between them.

Hager's lawyer Felix Geiringer said the SIS sought to justify this use of its powers by claiming that it was investigating espionage.

Ms Laracy found the SIS had acted unlawfully, and had no reasonable grounds for suspecting that any espionage had occurred.

"I have been unable to find that the service showed the kind of caution I consider proper, for an intelligence agency in a free and democratic society, about launching any investigation into a journalist's sources," she said.

She said the SIS should apologise to Hager.

SIS Director-General of Security Rebecca Kitteridge said the service has apologised to Mr Hager for its failings, any impact they had on him, and any distress that has been caused.

The Defence Force said it had asked another agency for support, and Ms Laracy had made no findings it was at fault.

Mr Geiringer said the SIS's actions could have a chilling effect on journalism.

Lawyer Felix Geiringer said obtaining the metadata from Hager's phone could identify other journalistic sources unconnected to that specific investigation.

"And that should be alarming to ... media organisations or journalists out there.

"That if someone like the SIS or the New Zealand Defence Force decides that they want [information] on one particular person they can go and do such general inquires and put at risk all of the confidential informants that an organisation might be using."

He said it appeared there were no checks in place at the time to prevent the SIS acting unlawfully, and nothing's been done since to stop it happening again.

Mr Geiringer said the SIS's apology to Hager was not enough, and concrete action was needed.

"There has to be a consequence of some kind that really means something and can give the public confidence that they're not just going to do it again tomorrow.

"Or in fact that they haven't been doing it constantly for the last eight years as well."

Mr Geiringer said to live in a free and democratic society there has to be limits.

"We want these organisations to have extreme powers to get the bad guys - when they're appropriately used.

"But there have to be restrictions otherwise it's these organisations that turn into the bad guys."