An accused murderer was driven around in a Porsche Cayenne and exposed to significant sums of money during an undercover police operation which led to his confession.

David Lyttle is standing trial at the High Court in Wellington, accused of killing Brett Hall at his rural Whanganui property in May, 2011.

Over the course of three months, Mr Lyttle was introduced to a mock criminal organisation, led by a Mr Scott, a criminal character police had created.

He eventually admitted to the murder, detailing how he shot Mr Hall between the eyes, burnt any evidence, cut up his body and then buried it in two places, on beaches between Whanganui and Bulls.

But the defence is arguing the confession was false, coerced as Mr Lyttle saw a way to bring his family out of a dire financial situation by telling the crime boss exactly what he wanted to hear.

A jury of six men and six women was told Mr Lyttle was initially door knocked by undercover agents, under the guise of running a survey with a mystery prize on offer.

When he decided to take part, he won the prize, which turned out to be a full day fishing expedition off the coast of Wellington.

It was during that trip, which only included undercover officers, that an agent called Nick O'Neal became friendly with Mr Lyttle and asked if he would be willing to do some work for him.

During the course of that first job, Mr O'Neal picked Mr Lyttle up in a Porsche Cayenne before heading to a Palmerston North hotel, where Mr O'Neal was tasked with repossessing a vehicle, or $15,000 in cash.

In truth, it was part of the police operation. 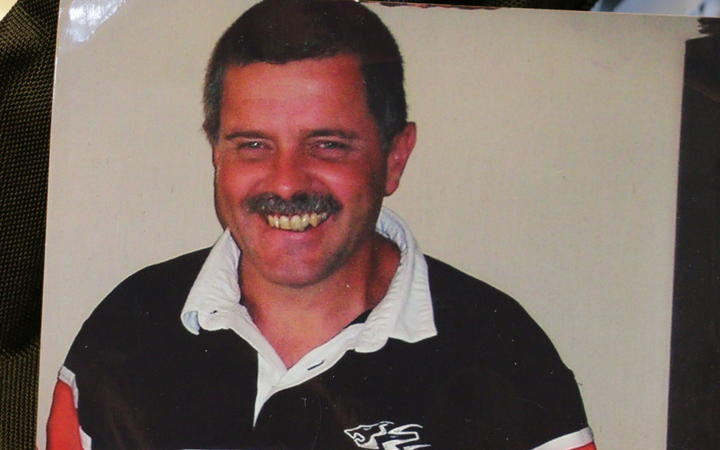 The jury was played the audio from the job, in which Mr O'Neal started to plant the seeds for what would lead to Mr Lyttle's confession three months later.

He told Mr Lyttle the crime syndicate operated under an ethos of honesty, truth and loyalty, and that anything else was not tolerated.

That was reiterated as Mr Lyttle watched Mr O'Neal repossess a car.

He told a woman, an acting undercover officer, that his boss, Scott, was not to be mucked around and wanted money back he had loaned her partner.

Mr O'Neal then obtained the keys to a second car, which he and Mr Lyttle would then drive to another location.

Mr Lyttle was asked to drive the Porsche Cayenne, a car he described as flash, struggling to open the doors or know where the indicator was.

Mr O'Neal told Mr Lyttle the car had been handed down from within the criminal syndicate.

During the next two months, Mr Lyttle met with Mr O'Neal on more than 20 occasions to take part in mock criminal behaviour, from casing a gun store for possible burglary, to conducting drug deals in Hutt Valley.

Mr O'Neal, being questioned by crown lawyer Michelle Wilkinson-Smith, said he spent about 73 hours with Mr Lyttle in total, in which he mentioned trust more than 70 times, honesty 40 times, and loyalty more than 30 times.

Every interaction the two had was recorded.

Three months after they'd met, Mr Lyttle was given a meeting with the head of the mock criminal syndicate, Scott, in which he confessed to killing Mr Hall.

Mr O'Neal had urged Mr Lyttle to be honest and up front prior to the meeting, and Mr Lyttle said he had done that when they met up again afterwards.

He detailed the alleged murder again to Mr O'Neal after his meeting with Scott.

More than 20 hours of the Mr Big recordings are expected to be played over the next week, with the defence hoping to provide the jury with some context as to why Mr Lyttle admitted killing Mr Hall.

Justice Jill Mallon stressed to the jury that people do make false confessions, and it was for them to decide if Mr Lyttle thought there was an incentive and no perceived punishment if he confessed to the crime.

The trial is in its fourth week, and is expected to continue into November.