Methamphetamine has dropped to a record low price in Auckland, Waikato and Wellington.

Meth discovery at Customs. The drug's price has dropped to $450 a gram in the North Island's main centres. Photo: RNZ / Claire Eastham-Farrelly

A survey run by Massey University's SHORE and Whariki Research Centre shows the median price for methamphetamine has dropped to $500 a gram, down almost 10 percent on last year.

Associate Professor Chris Wilkins, who led the research, said methamphetamine has reached a record low of $450 a gram in the North Island's main centres.

"I've been doing this for over 10 years, so I've seen the price slowly declining over that 10 years," he said.

"But really it was quite surprising for it to settle on this new low, which was $450 a gram. When I first started, methamphetamine cost $1000 a gram."

Dr Wilkins said the low cost and stories of record seizures of the drug show more methamphetamine is being imported into the country than ever before. 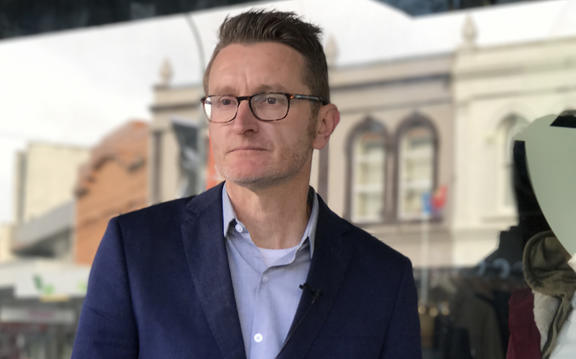 He said the low costs in Auckland, Waikato and Wellington also fit with where some of the drug is being manufactured, and reflect where methamphetamine is often imported to.

Some places in the South Island can pay up to $200 more per gram for methamphetamine than the main North Island centres.

Dr Wilkins said the falling prices could be harmful.

"The price of illegal drugs are important determinants of who uses them, the level of consumption, and the related individual and social harm," he said.

The survey also showed the price of other drugs, like cannabis, ecstacy and LSD, were not dropping as fast as methamphetamine.

Dr Wilkins said almost 11,000 people had been surveyed, many of whom were drug users.

Hawkes Bay community support worker Ole Peka, who works with people addicted to meth, said people are using methamphetamine because it's easier to source than marijuana.

"We had to evict a person from a motel, a young mother with a child, because of their meth use. She'd been there for a year without getting into any trouble and then within a couple of weeks she's just spiralled out of control with meth."

People had started to switch from synthetic drugs to meth, because it was cheaper and more available.

Mr Peka said there are not enough resources for social workers to help people, and there was a high churn of support workers in the field.