Witnesses are describing a Dunedin student party where a woman died and two others were seriously injured as "standing room only". 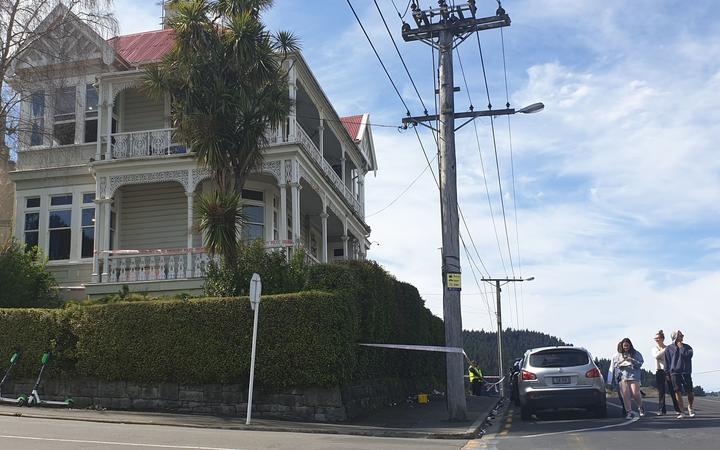 People have begun arriving at a property on Dundas Street in Dunedin to lay flowers for those affected by a party that went out of control. Photo: RNZ/Tess Brunton

Emergency services arrived at the Dundas Street property shortly before midnight after the occupants asked for help to shut the party down.

At a media stand-up outside the Dunedin police station, Otago Coastal Area Commander Inspector Marty Gray said they got two calls about the party, the first at 23.55pm and they arrived within six minutes of the first call.

He said at this stage of the inquiry they they do not believe there were any structural issues at the property.

The person who died was carried out of the party by attendees and was given CPR.

There were no arrests at the scene, and it's too early to say if charges will be laid, he said.

He said the injuries of the two people who were hurt are not life threatening and they are expected to make a full recovery.

A couple of hundred people were at the party, he said.

Mr Gray said it is horrible news for the family of the woman who died.

He said a scene examination is ongoing, and they are speaking with people who were at the party.

The police are working closely with Otago University's vice chancellor and proctor to develop a "community reassurance plan", he said.

People affected by the incident should seek support from police, victim support and other agencies, he said.

A student who called the police said the party had started to get too large.

"There was a rush of people trying to get out because they thought the security was coming ... it started to get quite built up round the door and people started falling over and we were trying to get people out.

"People who were on top of the pile, we were trying to pull them out but there were just too many and that's when we called the cops ..."

When the police arrived they dispersed a lot of the people.

At the same he had helped carry a woman out of the house who needed to be resuscitated.

Sadly, the attempts had been unsuccessful, he said, and he was feeling very affected by her death. He had brought flowers to the scene today as a mark of respect for her.

During the panic other partygoers were also struggling to breathe, he said.

"There were people suffering from claustrophobia - you could see their body temperature hot as."

Another person who was at the house said partygoers could barely move, and were being forced around by the surge of the crowd.

Another witness was driving past the house when the police arrived.

"There was just police everwhere; it was chaotic I've never seen it like that - it was stressful. There were people just scattered everywhere."

Another woman spoken to by RNZ said she was one of the last to leave. She described the scene as looking "like a bomb had gone off" with people fleeing, leaving behind their shoes in the chaos.

She said people have started laying bouquets of flowers in front of the property. One group left their flowers before picking up a shoe and driving off. 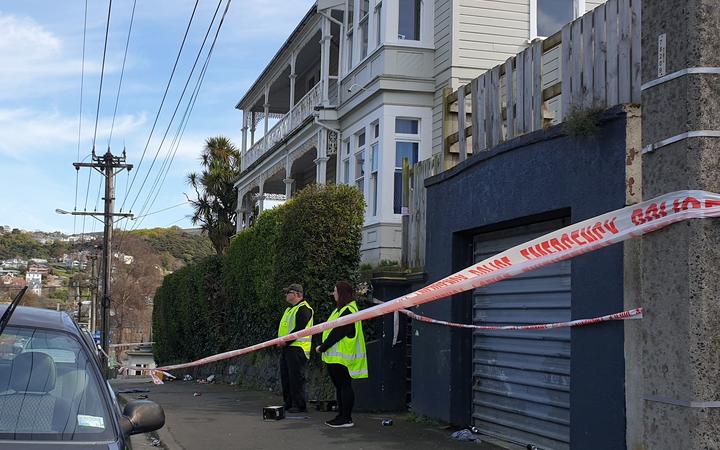 Security guards are in place outside the house where a woman died during a party. Photo: RNZ / Tess Brunton

One person described the party as standing room only with about 200 party goers crammed into the house.

A student at the party, who did not want to be named, told the Otago Daily Times there was panic during the incident as party-goers tried to get out of the house. It "felt like an hour" for him to get out, he said.

He saw three people being taken away by ambulance.

RNZ spoke to a Dunedin student, who wasn't at the party, who said it was the last ever student party at the house, known as The Manor.

The property has apparently been bought by Otago University.

Neighbours have spoken of their shock at what has unfolded on what was meant to be a night of celebration. 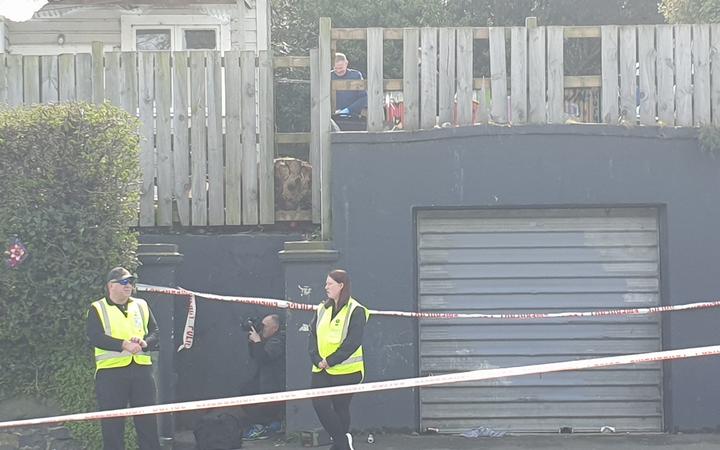 The house remains cordoned off while a police scene investigation is carried out. Photo: RNZ / Tess Brunton

Police are asking anyone who attended the party who has not yet spoken to them, to get in touch.

Victim support is available for those who were present. 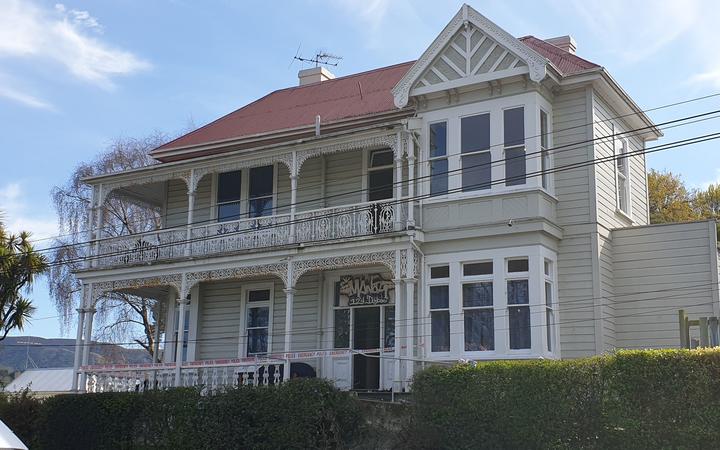 Police want to speak to everyone who visited the house in Dundas Street last night. Photo: RNZ / Tess Brunton

The University of Otago said it's deeply saddened by the student's death and is supporting their family.

Vice-Chancellor Professor Harlene Hayne said many members of the student community are badly affected by what has happened and staff are working with them today.

She said the university is also helping the police with their investigation.

Health Minister David Clark, who is in Dunedin today, said the government is very sorry to hear about the death and injuries at the party.

He said his heart goes out to the family and friends of the person who died.

Dr Clark said he would like to echo the police's calls for people who were at the party to contact them so they can piece together what happened.

The incident follows the 2016 collapse of a deck at a Dunedin residence - 16 people were moderately injured and two others seriously injured when a balcony collapsed at a student flat.