Feral cats are causing havoc on Auckland Island and the Department of Conservation (DOC) is trying to work out how to rid the sub-Antarctic island of them. 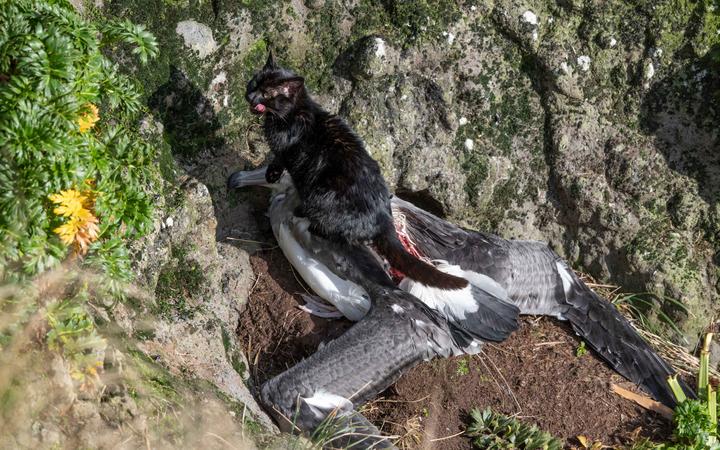 A 19-strong team returned from Auckland lsland last week, having braved cold, wet and windy conditions to learn more about the behaviour of feral cats and other introduced pests like pigs and mice.

The pests have decimated the island's unique native plants and animals over the past 200 years, DOC said.

The team's monitoring found that mouse numbers on the island had exploded after tussock seeding last summer, which appeared to have also caused an increase in young cats, Mr Horn said.

"Disturbingly we also saw a cat eating a young albatross, which it may have killed. We know that cats have devastated sea bird populations on the island, but this is the first time we've seen and photographed a white-capped mollymawk being eaten."

Most white-capped mollymawk breed on the nearby tiny pest-free Disappointment Island. Only a small number attempt to breed on Auckland Island on cliff terraces where pigs cannot reach them.

The field team put GPS collars on 11 cats, adding to the 20 animals already being tracked from last summer.

That work has revealed cats ranging up to 70 square km in search of food and moving to steep coastal areas when seabirds have young.

Removing pests from Auckland Island - New Zealand's fifth largest island - is a long-term project and is in its planning stages. 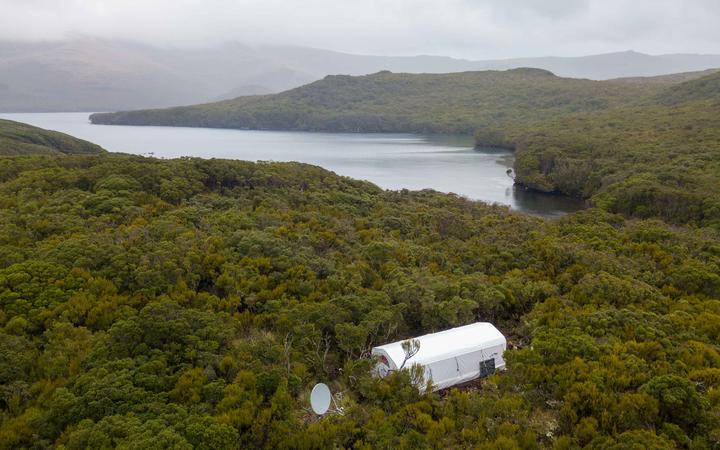 The shelter at Camp Cove on the Auckland Islands. Photo: Supplied / Stephen Bradley

A report on the feasibility of the project is due to be considered by DOC's Island Eradication Advisory Group in coming weeks.

An archaeologist assessed a proposed operational base site near the historic Hardwicke settlement, which was occupied by British settlers from 1849 for several years.