By Farah Hancock for Newsroom

The New Zealand College of Education's website is crammed full of information, looks legitimate and even has a social media presence, but it's a case of buyer beware. Proof of what the website offers is elusive. 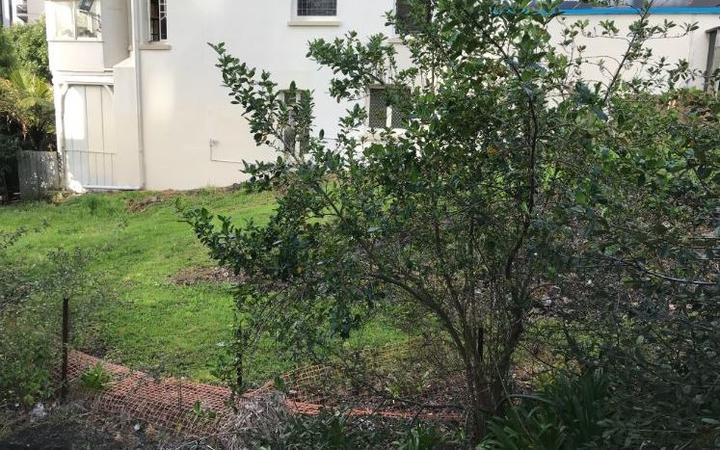 There's no campus at the address listed in the website. Photo: Newsroom / Farah Hancock

In real life, 60 Symonds St in Grafton is a grass-covered lot. Online it's the imaginary Auckland campus of the New Zealand College of Education.

The website of the college offers a PhD for $31,750, a Bachelor of Arts for $5999 and mini-MBAs for $1390. Religious courses are offered free. It caters for domestic, as well as international, students and offers to help arrange homestay accommodation.

Many of the courses are offered to be taught online, or at the Symonds Street 'campus', depending on the student's preference.

The New Zealand Qualifications Authority (NZQA) told Newsroom the college is not a registered training establishment and is illegally using terms protected under the Education Act. It is also not a signatory to a Pastoral Care of International Students code of practice - a requirement for any school enrolling international students. NZQA is attempting to contact the site-owner.

Attempts made by Newsroom to contact the New Zealand College of Education have been unsuccessful. The phone number listed on the website goes to Harley Davidson Insurance. A second phone number for the college's teachers' association goes to Mike, a builder who has never heard of the college and is upset his number is being used. Requests sent to the college via online forms on their website have not been responded to.

A visit to the campus address was met with a walled-off and padlocked empty lot. Staff at the cafe next door think the lot has been empty for around 20 years. Photographs on Google's Street View date back to 2008 and all show an empty lot.

Online searches for college staff listed on the website come up empty, or with unlikely results. The name of the director of international partnerships returned a result of a nine-year-old child.

A reverse image search of images on the website of students shows many of the shots used are stock image shots.

Despite all of this, on the face of it the site looks convincing, especially for a potential overseas student unable to do a quick visit to the 'campus', or without the funds to call New Zealand phone numbers.

It has an 'ac.nz' address normally used by academic institutions, it looks professional and it is crammed with documents that would be expected to be on a legitimate site.

There's a complaints policy, a health and safety charter, and programmes are detailed in a student handbook containing a stern warning about impersonation during examinations. Many of these documents are requirements of a free United Kingdom accreditation scheme used by the college. With proof these documents are on the website, the website can display an official-looking "CPD Accreditation" badge claiming its courses are accredited.

The Wikipedia page at one point claimed the ghost college had 108 academic staff, 32 administration staff and 1346 students - and was government-approved.

Volunteer Wikipedia editors have since removed much of this and are discussing whether the Wikipedia page should be deleted.

NZQA acting deputy chief executive quality assurance Eve McMahon describes the college as a "purported" provider of education and appears to be taking steps to remove the site.

"NZQA has inquired with the Domain Name Commission and the Department of Internal Affairs regarding this website and will take appropriate action."

The Domain Name Commission has the ability to remove the domain name, effectively removing the site from public access.

The site in its current form appears to have been online since the beginning of the year. It's unknown if anybody has paid for any courses.

Netsafe CEO Martin Cocker said scam sites often remain online for a short time only. Once scammers receive some money they shut up shop before they're tracked down.

"It wouldn't be unusual for it to be up for literally only days and then gone, but something like this might last a little longer."

The site lists what they say is a Kiwibank account number for payment as well as a link to pay fees by PayPal. Kiwibank has confirmed the account listed on the website does not exist.

Cocker said listing a local bank can give the appearance people are dealing with a local entity, but even if the bank account was real, cash would likely be moved immediately to offshore accounts.

CERT NZ's assistant operations manager Nadia Yousef said scams and fraud make up over a third of all reports the agency receives.

"When CERT NZ receives a report about a potential scam website, we look for key indicators like if the website is posing to sell goods or services, or is misrepresenting an established brand. We also investigate the legitimacy of the domain name, and in the case of an education site, we would reach out to the Ministry of Education and/or the Tertiary Education Commission to verify if the site is legitimate."

If the findings point to the site being a scam, a request is made to the Domain Name Commission to remove the site.

*Some PC users have reported receiving malware warnings when attempting to visit the college's site.

- This story first appeared on Newsroom.