A senior lecturer at the University of Auckland says management needs to take a stand against white supremacist propaganda on campus, or it runs the risk of scaring away future students. 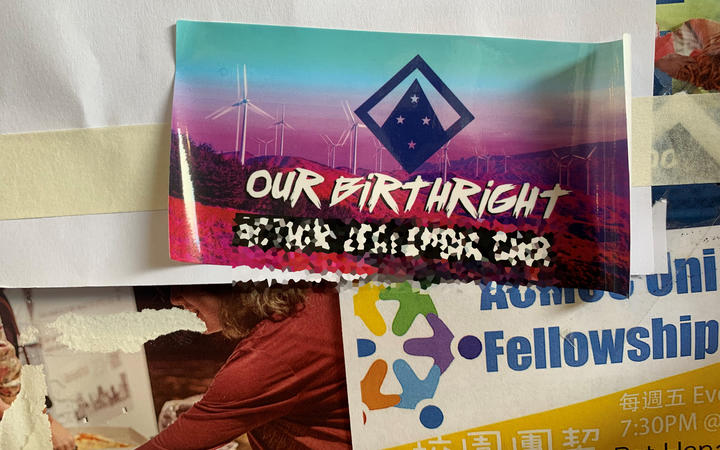 A new wave of posters and stickers promoting a recently-launched white nationalist group have been spotted at the University this week.

The university says the views expressed by the group are abhorrent but are protected by freedom of speech.

In April, RNZ reported dozens of Auckland University students were becoming increasingly afraid of what they described as a growing white supremacist movement on campus.

They said after the Christchurch mosque shootings more students were expressing extreme views and white supremacist propaganda was being plastered on campus walls.

George Barton, the president of the University's Students' Assocation, said the latest campaign is "completely unwelcome".

Rhys Jones, a senior lecturer at the university, was disappointed by the response. He said the university should draw a line and show those beliefs aren't tolerated on campus.

"That would really show that we value the safety of vulnerable students and staff more than we do the rights of, you know, white nationalists to spread their harmful rhetoric." 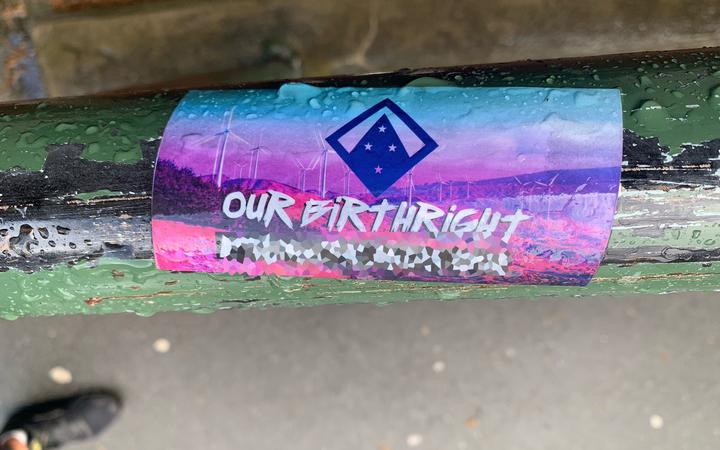 "This type of thing does make it less safe for people of colour, people who are subject to racism and other forms of bigotry.

"So if there were international students looking to come to New Zealand to study, this might actually play into a decision to maybe not come to the University of Auckland if they see that as a potential threat."

Emails released to RNZ showed the ongoing saga was concerning to families.

At least two relatives of prospective students contacted the university in April, expressing their unhappiness with its response to students' fears.

One said he was worried his migrant brother wouldn't be looked after on campus as the security for people who look like him "appears not to be a priority".

Mr Barton said families should had reason for concern.

"The impression the students have on this is that the university's keen to show this isn't a problem - well actually we've seen it is a problem."

"It's so much better, both from a student point-of-view and to the outside community, to see the university actively engaging on this."

Management hasn't acted, he said, so staff and students have.

"The VC [vice-chancellor] isn't the only person that speaks on-behalf of the university community.

"The university community has decided that these posters and stickers aren't welcome and they've taken action into their own hands on this."

A small group of students staged a protest on campus this morning.

One of them, Rhoen Hemara, said the University of Auckland needs to create a safe environment for students.

"Does it have to take another terrorist attack for them to like wake up and realise 'we should have done something'.

"Why not shut it down when he's [vice-chancellor] aware of their intentions and of their beliefs and what they value... it's creating an unsafe environment at uni."

In a statement, the university said the views expressed by the group are "what most people would consider abhorrent".

"Their philosophy of excluding women, non-European, non-heterosexual or differently abled people is totally inconsistent with the commitment of the University to be a safe and equitable place for all staff and students."

It said the Vice-Chancellor has made it clear the university is a place where a range of opinions can be held and are allowed to be debated.

"Additionally, as has been pointed out by other commentators, shutting down or censoring such groups can create martyrs and allow them to justify their behaviours and opinions.

"The group is not hosted on or by the University nor is there any forum for them here outside of the current undercover stickering. Both the Vice-Chancellor and the President of the AUSA have suggested that a community-driven approach (including removing stickers and publicly debating issues) is an effective response."

It's difficult to draw a line between freedom of speech and speech that invokes hatred and violence - and until that line is crossed, the University of Auckland has a responsibility to uphold the principles of freedom of speech, the statement said.