The son of an elderly couple who were found dead by police in Christchurch yesterday has paid tribute to his parents. 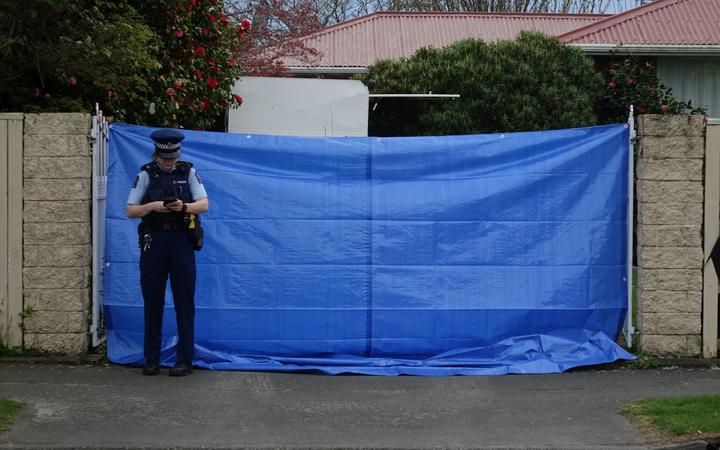 Police outside the house where the elderly couple lived. Photo: RNZ / Conan Young

Police have launched a homicide investigation after an elderly woman in her late 70s and a man in his 80s were found on their bed next to a gun at an address on Wairakei road in Burnside.

The pair's son, Sean Feary - who lives in the United States - told RNZ news he was on his way to New Zealand after hearing about the death of his parents.

He said "Dad loved Mum with his whole heart, and would never hurt her out of anger. Mum was not well and had been through a lot with breast cancer and other health issues. Dad was a great, loving husband and a wonderful father."

He said he planned to speak to RNZ news more on this when he arrived in the country tomorrow.

Meanwhile, an advocacy group for the elderly has also responded to the incident.

Age Concern chief executive Simon Templeton said the tragic news was a reminder to stay connected with elders and for stressed carers to ask for help.

He said soon one in four people in New Zealand will be over the age of 65.

The elderly deserved to be factored into decision making by communities, businesses and government, but many felt left behind, he said.