Spark Sport is defending its Rugby World Cup, saying all but one of the games it has streamed have been without issue. 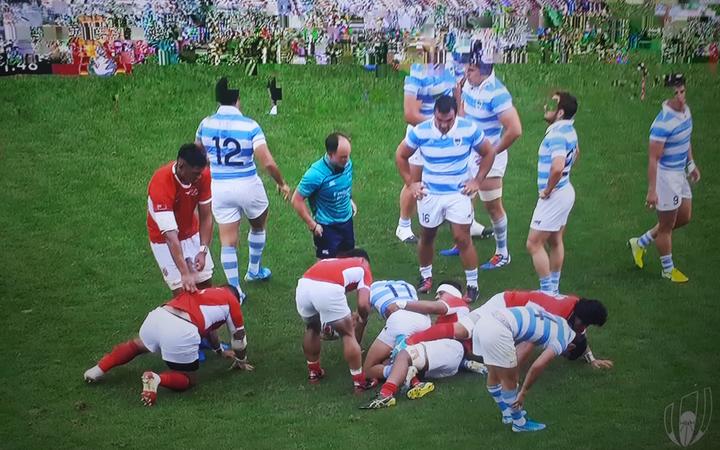 The tournament's New Zealand broadcast rights holder apologised and promised to make changes last week after its streaming service dropped out for subscribers during the first All Blacks match.

For yesterday's match between Australia and Wales the telecommunications company said its platform worked well, as did the country's broadband network.

However, some viewers have complained of out-of-sync audio, freezing, and two commentaries being broadcast at once for a time.

Yesterday, Welsh commentators could be heard under New Zealand's commentry team for two minutes after the national anthems at the Australia versus Wales clash.

Mike Muncaster, 76, didn't want to miss out on his sport's biggest tournament, but had so far found his connection in Rotorua glitchy.

"Oh God, turn it off at the wall and turn it on again. I'm always writing to Spark and complaining."

He was planning to leave Spark once his contract ran out, and he wasn't optimistic about things improving during the tournament.

"I'm dreading the quarter-final because I don't believe that Spark will be able to do it."

"Most definitely not happy and so, is my party for free-to-air, where rugby goes, of that level and standard where we're the number one country in the world, are we for free-to-air? More than we're ever been," he said.

Meanwhile, others like Matt on the West Coast have barely noticed a difference in quality.

"I've had no problem whatsoever. I've streamed it on to the TV," he said. "I haven't had any hassles and even while I've been cooking dinner, I've had the laptop out in the kitchen and while the rest of the house has been watching the TV, I've been able to watch it on the laptop.

"I even had a go at putting it on the phone at the same time, just to see if it would work and it worked on all three

Technology expert from the New Zealand Tech podcast, Paul Spain, said streaming would inevitably leave some having issues, which he said were likely to continue.

"At times we need to go back to the old tried-and-true of switching something off and switching it back on again to get the right result.

"Now, I'm sure it's not what people really want to hear, but I think that's part and parcel of the changing of technology as we move from our old Sky Boxes to be able to watch things on demand like this through streaming."

He said Spark was dealing with a lot of flack, given the importance of the Rugby World Cup for New Zealand audiences.

The company said lag and connection dropouts that some customers were reporting weren't related to their Spark Sport platform and blamed device or in-home set-up issues.

It said so far they had streamed 16 out of the 17 games with no issues on their platform or network, and it had helped a small number of people with device or set-up issues.

As for the audio problems, it said there was a production issue at TVNZ and it was confident it was a one-off.