A coroner's report has found that a Timaru woman's use of her cell phone while biking, and deciding to bike after a night out drinking, contributed to her death. 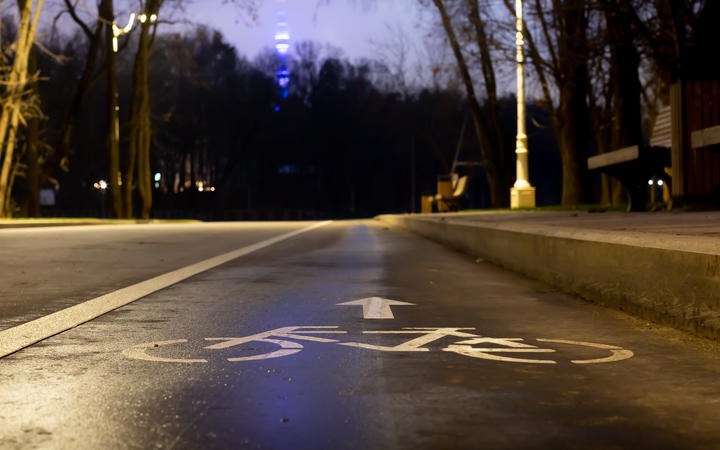 Two days earlier she and her husband had headed out to a boxing fundraising event with a group of friends in the evening.

After the event, Mrs Walsh, who was a partner at a law firm, and her husband Timothy Walsh, went to a friend's house.

When they went to leave they found they couldn't get hold of a taxi, or get hold of Mrs Walsh's parents, who were babysitting, for a ride home.

The report said that Mr and Mrs Walsh decided to borrow bicycles from friends in order to get home.

In the coroner's report, Mr Walsh said both he and his wife had been drinking alcohol, but he considered they were still reasonably co-ordinated.

He did, however, say their judgement may have been clouded as they decided not to wear bike helmets.

Once they left the friend's home they became separated and ended up biking home on different streets. Mr Walsh arrived home to find Mrs Walsh wasn't there, and that he had missed two phone calls from her.

Mr Walsh and Mrs Walsh's mother then got in the car to look for her, and found her being tended to by an ambulance. A passing motorist had seen Mrs Walsh on the ground and called the ambulance.

She was taken to Timaru Hospital unresponsive and with a head injury.

The next day it became clear she was brain stem dead, and was formally declared dead. She was kept on life support for another 24 hours so her organs could be donated.

A crash report concluded Mrs Walsh lost her balance after crossing a raised speed bump, and that her earlier alcohol consumption may have delayed her ability to react. Mrs Walsh was found to have a blood-alcohol level of 133mg/100ml. The legal blood alcohol limit in New Zealand for a driver aged 20 years and over is 50mg/100ml.

The motorist who had raised the alert had been leaving a friend's home, when he saw Mrs Walsh bike past, and noticed she was on her cell phone. Moments later he drove in the same direction she had been heading and saw that she had crashed.

The coroner's report says a number of factors are believed to have contributed to the crash.

Coroner David Robinson said it was likely that the prior consumption of alcohol-impaired Mrs Walsh's decision making and cycling ability, and that this coupled with the fact she was using her cell phone while cycling certainly contributed to her death.

He said a bike helmet may have gone some way to protect her from the impact of the road.

He made no recommendation but said it reinforced the fact that the effects of alcohol are often underestimated.