A man who has been in a vegetative state since he was beaten on a Dunedin service station forecourt in July last year has died. 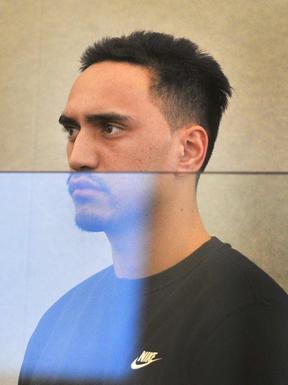 Police confirmed however that Nigel Landreth had died 76 days too late for the Mongrel Mob member who beat him into unconsciousness to be charged with his death.

"This legislation states that no-one can be held criminally responsible for the killing of another unless the death takes place within a year and a day after the cause of death."

While the section was repealed in March this year, events that happened before the date of repeal were still subject to the "one year and one day" rule.

As such, no further action would be taken by police, he said.

In June, the Otago Daily Times reported that after a brief encounter on the service station forecourt, Rakete punched Mr Landreth. As he fell, his head smashed on the concrete, rendering him unconscious.

As Mr Landreth lay convulsing and gasping for air, Rakete took one of the energy drinks the victim had just bought and poured it on his face.

After pleading guilty to causing grievous bodily harm with reckless disregard, Rakete was sentenced to two years and two months in prison.

She said in a statement at the time of Rakete's sentencing that the family all ''have a hole in our hearts" after the attack.

"And it's still the same - no-one knows what his fate will be ... It could be like this forever."

Det Snr Sgt Croudis said police "are working with them to offer support and explain the outcome of the assessment".

Former University of Otago law school dean Mark Henaghan said the old rule was in place "in terms of causation ... saying that at a certain point we're just going to let causation go".

"The idea is that law never operates retrospectively - it's seen as bad form.

"You should be judged by the law at the time you performed the act.

"It gets to a place where it's hard to track the relationship, but it's just a 'bright line rule' to say that ... at 'that point in time' you can't prove the cause and effect."

The government scrapped the year-and-a-day law after police claimed it prevented them from laying criminal charges over the CTV building collapse.

*This story was first published on the Otago Daily Times.