Napier man Alex Latimer was told to dig his own grave before being stabbed, stripped naked and buried by his killers. 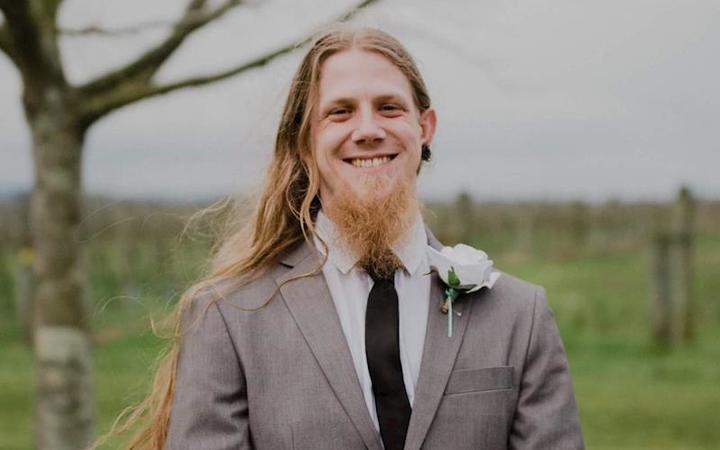 The body of 30-year-old Alex Latimer was found at a property in Te Hāroto in September 2018. Photo: Supplied

He was lured to a rural Hawke's Bay property in the early hours of 30 September by an associate of David James Lothian, 26, on the pretence of selling him drugs.

Before the trial at the High Court in Napier began, Lothian today pled guilty to murdering the 30-year-old, as well as to two charges of aggravated robbery and one charge of arson.

His co-accused James Taylor Martin Webby, 24, maintained his not guilty plea and a jury was selected for commencement of the two-week trial on Wednesday.

But a few hours later, Webby pleaded guilty to murdering Mr Latimer, perverting the course of justice, and two other charges.

According to court documents, both men knew Mr Latimer, who sold cannabis and methamphetamine, through their own involvement in the drug world.

They'd bought drugs from him before and in January 2017 had beaten and robbed him of drugs and money at Webby's Napier flat.

Nearly two years later, Mr Latimer was lured to Lothian's property in Te Haroto, about 50 minutes north of Napier on the Napier-Taupo Road, by Ashton Boyd, an associate of Lothian's, who told him he wanted to buy drugs.

The three had gathered at Lothian's place and were "drinking home brew bourbon and smoking cannabis" before Mr Boyd texted Mr Latimer asking him to deliver drugs to him.

They intended to "roll" him for drugs, a summary of facts said.

Mr Latimer did not know Lothian and Webby would be at the house that night and when he arrived at the house at about 3am, he was greeted by Mr Boyd before being pounced on by Lothian, who had been hiding in a shed and by Webby, who had been waiting in a car.

He was beaten and then dragged to the back of the property.

"He was hit with a shovel as he was dragged," the summary said.

"Around the back, Mr Lothian told Mr Webby to hit the victim with a shovel. These blows caused the victim to go quiet."

It was here that Mr Latimer was given a shovel and "told to dig his own grave".

"The attack on the victim continued by each of the defendants kicking, punching and hitting him with a shovel."

The men then dug a grave around Mr Latimer as he lay in it.

Lothian then used a knife to stab him "multiple times" in the back and to his side.

"As he stabbed him he told the victim that he was going to die."

Mr Latimer was then stabbed in the throat once by Lothian.

The men then "covered him with dirt in an effort to bury him", but later decided to move him to a second, deeper, grave some 10 metres away just outside the boundary of the property.

His killers cut and removed his clothing before burying him in the new grave, before removing their own clothing and burning it all in a drum at the rear of the property.

Inside the house the group ran a bath and used bleach to wash themselves down to remove any trace of blood.

Mr Latimer's car was moved to the rear property and later burnt.

A post-mortem on Mr Later showed he died of stab wounds to his chest and abdomen. He had also suffered blunt force trauma to his head and chest.

Mr Latimer was reported missing by his family three days later on 2 October, 2018.

On 4 October, Lothian was spotted by police leaving his Te Haroto property with his pregnant partner and her child. They tried to stop him but he refused.

After dumping his passengers about one kilometre down the road he drove off with the police in pursuit, until he was forced off the road and arrested.

Both men will be sentenced in November.