Police have arrested 13 people as part of an ongoing investigation into a phone scam that's cost New Zealanders millions of dollars. 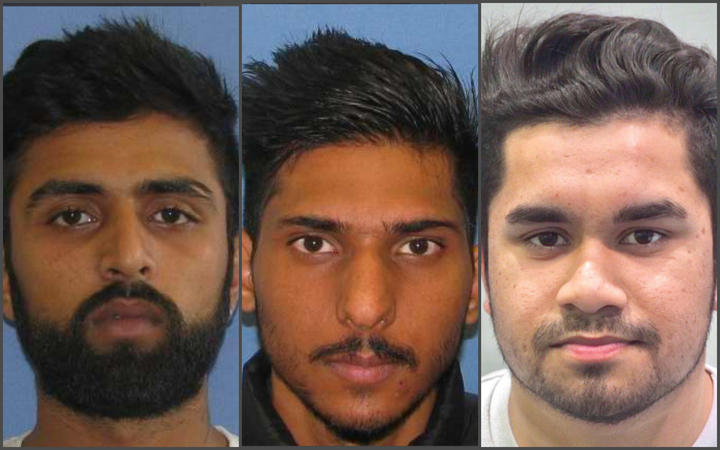 Aucklanders Hitesh Sharma, Manish Khan, and Tushar Prabhakar are being sought by police over a phone scam. Photo: NZ Police

Operation Deadwood was launched earlier this year, after people reported losing tens of thousands of dollars to scammers pretending to be from Spark or police.

Throughout the past several months police have recieved more than 100 reports from New Zealanders who have lost money totalling more than $2 million.

Detective Sergeant Kevin Blackman said those figures are likely to be higher, with some people too embarrassed to report their mistake or contacting their bank rather than the police.

He said one victim in particular lost about a quarter of a million dollars to the scammers.

"In many of these cases, the victims are told to download software from a website which has then given the scammers access to the victim's computer, where they have unwittingly transferred funds out of the individual's bank accounts."

Since July, police have arrested 12 men and one woman, aged between 21 and 33, for money laundering. Their cases are being heard in court.

Three more men are now wanted by police in relation to the scam.

They are Manish Khan, Tushar Prabhakar, and Hitesh Sharma, who are believed to have links to South and East Auckland.

"They are also known to frequent the Auckland Airport area and Auckland Central, including SkyCity," said Detective Sergeant Blackman.

He said it was important people spread the message about the scam, particuarly with vulnerable and elderly members of the community.

Detective Sergeant Blackman said the victims are always contacted on their landline at home.

"A legitimate business or a member of the NZ Police will never ask for your bank details over the phone or ask you to transfer money."