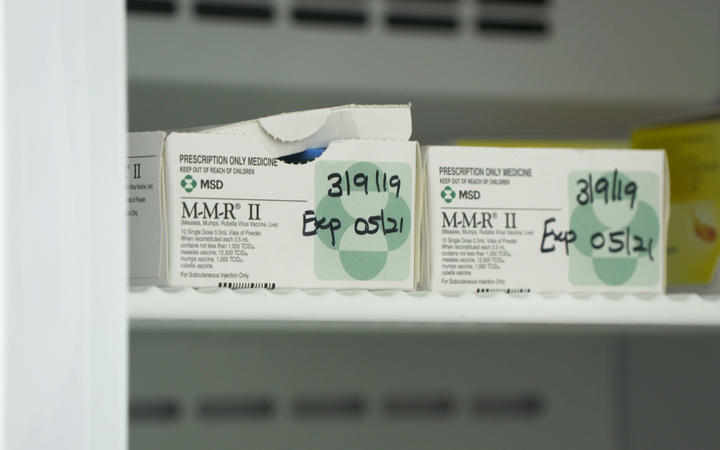 Waikato has had 18 confirmed cases of measles, and clinician Linda Elgar said that number was expected to rise.

The national vaccination rate for six month olds is down to just 61 percent for Māori babies.

Ms Elgar said the clinic wanted to make vaccinations accessible to whānau, and was prioritising children aged between 12 to 15 months and those that had been in contact with measles.

"Māori and Pasifika, they're at far greater risk than non-Māori and Pacific groups. They have higher rates of measles and needing care in hospital.

"We just want to do our bit to serve our Māori community."

She said extra staff had been rostered on today to meet the demand.

"It has been a challenge with the limited number of vaccines but we have been prioritised because we do have a very large Māori population enrolled at our practice. We have 80 percent, plus."

The pop-up station is open between 1pm and 6.30pm today only at 951 Wairere Drive, Hamilton East.

She said the clinic had administered 55 Measles Mumps Rubella (MMR) vaccinations enrolled patients since the start of September.

"We've immunised babies, given booster shots to four year olds and even seen adults for their very first MMR, that we'll recall in the future for their second dose."

Adults born after 1 January 1969 who have not been vaccinated, or those that cannot show if they have been vaccinated are also being urged to catch up once the supply is sufficient.