A kitten has been saved just in time, after being found on a recycling belt at a Wellington refuse station on Monday. 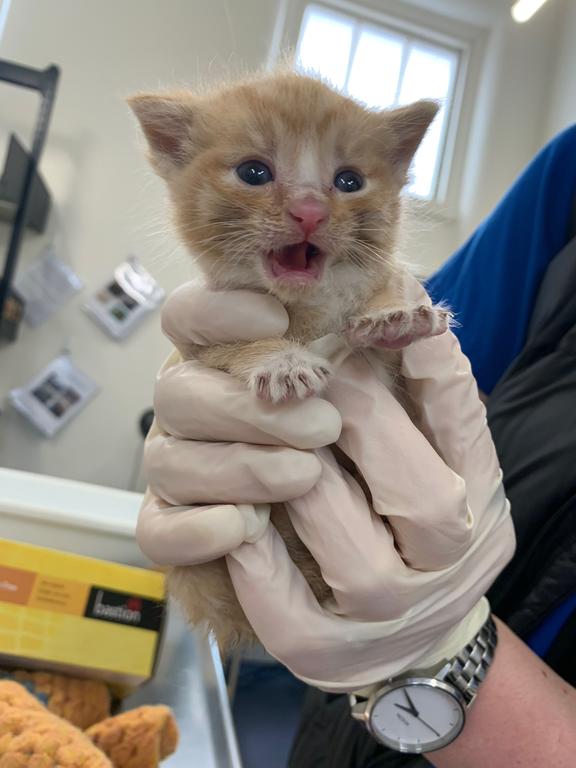 Taika was found on the recycling belt. Photo: Supplied / SPCA

The team were loading newspaper onto the recycling belt when they heard a tiny squeal. A search for the source of the noise found the kitten, which has since been named Taika.

SPCA central region general manager Ros Alsford said it was unclear exactly how Taika ended up at a recycling station.

"Taika could have been dumped by a cruel person, or he could have become separated from his mum and lost. Either way, he is incredibly lucky to be alive," he said.

"Taika is only two weeks old but already life has been quite a ride for him! At this age he should have still been with his mum, and is particularly vulnerable to disease, starvation and injury. "

The kitten was given a clean bill of health and was being bottle-fed by an SPCA foster family every few hours.

It will be several weeks before Taika is big enough to be put up for adoption.