The "small orange and white ball of fluff" that caused havoc on Auckland's South-Western motorway on Friday is now being looked after by the emergency handler who took the call about the incident. 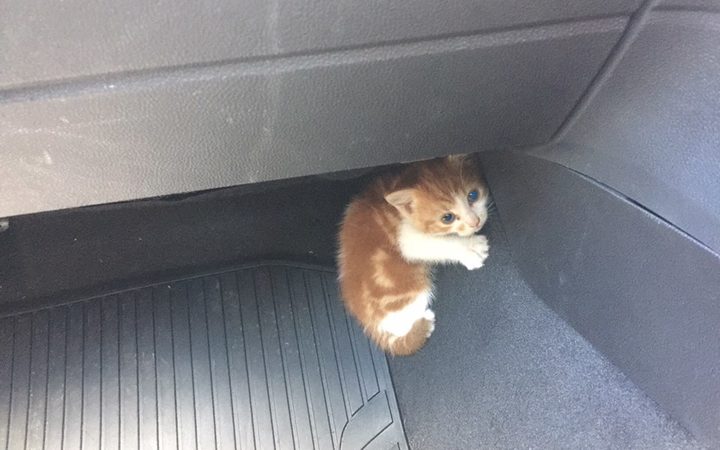 The motorway was closed for two minutes while a police officer retrieved the kitten which was huddled against a concrete barrier.

The emergency call-handler received a report from a member of the public at 10am on Friday about a "ball of fluff that was trying its hardest to cause several accidents".

An Auckland City District Police spokesperson wrote on Facebook that the kitten - now named Maioro after the closest off-ramp she was found by - then became lost in the officers car.

The officer said he searched high and low until he heard a faint meow coming from the dashboard.

The entire dashboard was removed and Maioro was found unharmed, tucked around a heating fan.

Maioro was let off with a warning for walking on the motorway. 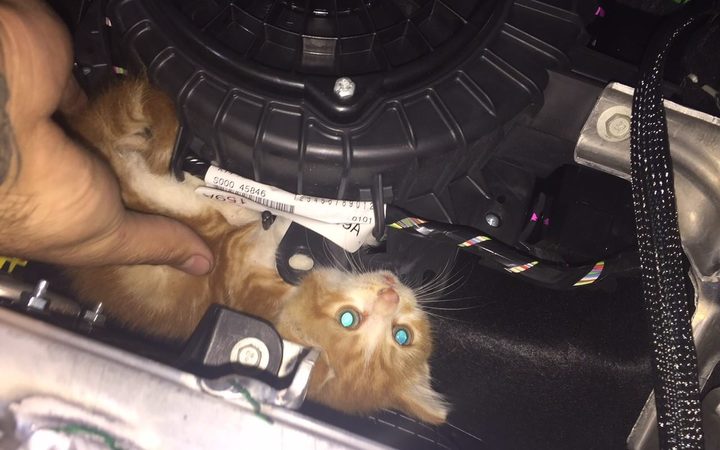